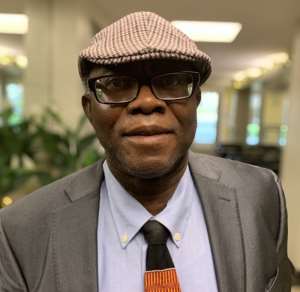 The decision by President Addo Dankwa Akufo-Addo to convert the Bunso, Okyeman, campus of the University of Environmental and Sustainable Development into an autonomous or standalone full-fledged university dedicated to the study of the Engineering Sciences and Technology is a bold and visionary initiative (See “Akufo-Addo Cuts Sod for $ 90 Million University of Engineering and Agric Sciences” Modernghana.com 5/20/22). In this context, like Ghana’s first postcolonial leader, Prime Minister Kwame Nkrumah, later redesignated President Kwame Nkrumah, Nana Akufo-Addo could be aptly described as Ghana’s Education President of the Fourth Republic.

One would have naturally preferred that the University of Engineering and Agricultural Sciences (UEAS) would have been renamed the J B Danquah University of Engineering and Agricultural Sciences, stemming from the fact that the immortalized and putative Doyen of Gold Coast and Modern Ghanaian Politics was one who fiercely and jealously championed the industrial development of agricultural food and cash-crop production, especially the Ghanaian Cocoa Farmer whom Dr. Danquah aptly and foresightedly described as the mainstay and the backbone of the Modern Ghanaian Economy. The Cocoa Farmers would also reciprocate by recognizing Nana Kwame Kyeretwie Boakye-Danquah’s enormous contributions and indefatigable championing of their needs, desires and aspirations by “knighting” the Kyebi-Adadientem native as “Akuafo Kanea,” roughly translated as “The Guiding Light of the Ghanaian Farmer” (See Prof. L H Ofosu-Appiah’s “The Life and Times of Dr. J B Danquah” and Kwame Okoampa-Ahoofe’s “Dr. J B Danquah: Architect of Modern Ghana).

It is already widely known that the Akyem-Bunso location of the erstwhile University of the Environment and Sustainable Development was part of the world-renowned West African Cocoa Research Institute (WACRI), established by the British colonial government in the 1930s. WACRI, which catered to the scientific and agricultural needs of all four West African British Colonies, otherwise known as British West Africa (BWA), namely, Ghana, Nigeria, Sierra Leone and The Gambia, was established at Akyem-Tafo and Akyem-Bunso, in the Eastern Region of Ghana, because Okyeman or, properly speaking, Akyem-Abuakwa, was the nodal center or radix and matrix of the commercialized cocoa industry. This is where the cultivation and the spread of the cocoa plant as a globally recognized cash crop or agricultural commodity began. This historic event would also inspire Dr. Danquah to fiercely fight for and champion the landmark establishment of what would become known as the Gold Coast Cocoa-Marketing Board, subsequently, the Ghana Cocoa-Marketing Board and, presently, COCOBOD.

There, of course, is still much more work to be done by way of the diversified transformation of the development of the proverbial “Golden Pod” into a variety of confectionary and other assorted items of cocoa-based consumer products on the global market by Ghanaian entrepreneurs. What will also make the Bunso University unique among science and technology tertiary academies in the country is the fact that even as President Akufo-Addo poignantly noted in his address while commissioning the start of the physical construction of the University of Engineering and Agricultural Sciences, is the fact that the curriculum will be deeply rooted in the pedagogical, actually the andragogical, principles of what has become globally known as STEM – that is, Science, Technology, Engineering and Mathematics.

Even more significantly, President Akufo-Addo has projected that for Ghana to become economically viable and globally competitive in the long haul, at least 60 percent of the country’s college graduates must be trained or educated in the STEM area of knowledge and skills acquisition, while the remaining 40 percent could be educated in the Humanities and the Social Sciences. This, in short, is what might be aptly termed as the “wave of the future,” an academic and cultural development process that seismically contrasts with the inexcusably scandalous societally regressive education policy of the tandem Mills-Mahama regimes of having young Ghanaian women, in particular, graduate high school in just three years so that they could quickly enter the “Marriage Market” and begin almost immediately producing babies like rabbits. This is one of the many insults to the intelligence of the Ghanaian citizenry that needs to be borne in mind, as all eligible Ghanaian voters head for the polling booth in the 2024 General Election and, in particular, the 2024 Presidential Election.

irrespective of which Presidential Candidate leads the National Democratic Congress (NDC) into the 2024 General Election, the ideological principles of this Rawlings-founded political establishment cannot absolutely in any way be deemed to be conducive to and/or compatible with the kind of industrial and postindustrial economy that Ghanaians need to doggedly and religiously pursue in order to be guaranteed existential viability in the Twenty-First Century. Which is also why it ought to come as good news to learn that in just a little over five years of assuming the democratic reins of governance, President Akufo-Addo has been miraculously able to double the intake of Senior High School Students destined for successful career-training courses and programs in the TVET or technical and vocational sciences.

Finally, it is also worth highlighting the fact that funding for the construction of the Akyem-Bunso-based University of Engineering and Agricultural Sciences was released by the Export-Import Bank of the Republic of South Korea, a progressive and kindly gesture which seismically contrasts with the infamous STX contractual scam struck by the Mills-Mahama regime in which over One-Billion United States Dollars would have been literally wasted on having a South Korean-registered real-estate firm that, by all reliable accounts, woefully lacked the requisite global professional credentials and credibility in the very area of its specialty, but for the vigilance and vehement protestation of the organized political opposition which was at the time led by some key operatives of the now-ruling New Patriotic Party.

Which is also another good reason why the leadership of the National Democratic Congress deserves to be strictly and tightly kept on the margins of opposition political culture for the foreseeable future. The decision by the current South Korean Government to have that country’s EXIM Bank fiscally support the construction of the Akyem-Bunso-based University of Engineering and Agricultural Sciences is the sort of healthy and mutually respectful and respectable relationship that ought to exist among civilized and sovereign nations, and not the kind of morally and intellectually bankrupt contractual compact that informed and underlay the John “European Airbus Payola” Dramani Mahama-initialed Mega-Fraud that was the abortive STX Deal of yesteryear.