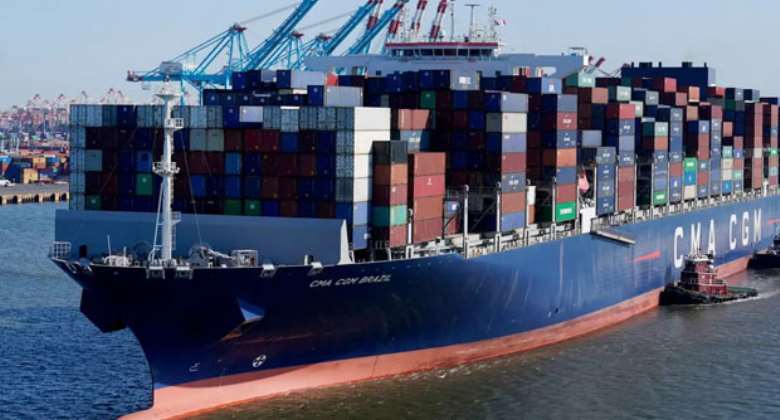 Marine insurance losses from the war in Ukraine are currently limited, although the conflict is likely to create uncertainty and legal questions for affected hull and cargo policies. Certain claims have to be denied under sanctions and war clauses.

More uncertain is the potential for non-war claims in hull and cargo insurance from vessels caught up in the conflict, explains Justus Heinrich, Global Product Leader Marine Hull at Allianz Global Corporate and Specialty (AGCS). “We can predict the various scenarios under war cover, but it is much harder to predict how non-war losses could develop for vessels trapped in Ukrainian ports and the Black Sea. There are potential issues around safe navigation, crew, maintenance and salvage for these ships if they are unable to leave.”

Marine insurance policies typically exclude the seizure of ships or physical damage caused by war or hostile actions, such as damage from sea mines or attacks on vessels. However, most prudent ship owners will purchase additional war insurance, which will cover such losses for an additional premium, and for a limited period of time, typically seven days. Insurers are also not able to pay claims that are covered by sanctions.

Cover for non-war related damage or machinery breakdown may still be available where insurers are not able to cancel hull and cargo policies for affected ships.

Shipping trapped or blocked in the Black Sea is a particular challenge. Even if safe passage is afforded out of the conflict zone, vessels may not feel confident in using maritime safe corridors or running the risk of sea mines. However, the longer vessels are trapped, maintenance and crew welfare will be harder to sustain. Some crews have reportedly abandoned their ships in Ukraine due to security worries.

Given the legal and reputational risks, many companies (including insurers) have pulled back from trade with Russia. However, insurers will be required to honour valid contracts until renewal, but certain claims have to be denied under sanctions and war clauses, says Heinrich.

Cargo in storage or in transit may be damaged or abandoned due to the conflict or if a vessel is trapped in port. Trapped vessels or ships affected by sanctions may suffer machinery breakdown or damage by fire, collision or grounding.

Claims that arise under hull and cargo policies that are not directly related to the war could be difficult to resolve, involving complex legal questions and policy interpretation, explains Heinrich. For example, sanctions may prohibit a portion, but not all of an insurance claim. Claims involving trapped vessels could fall under hull insurance or war insurance, depending on the circumstance.

Renewals could also prove complicated for vessels affected by the conflict. For example, vessels trapped in the Black Sea may need to continue to pay an additional premium to war insurers to maintain cover, which could become uneconomical if the conflict is prolonged. Trapped vessels may also need to renew their hull insurance to maintain cover.

“We have identified vessels that are affected by the conflict and are keeping an eye on the status of these ships,” says Heinrich.

The Ukraine invasion also has ramifications for the global maritime workforce, which is already facing shortages as it comes out of the pandemic.

Around 2,000 seafarers were thought to be stuck on vessels in Ukrainian ports following the outbreak of the Ukraine invasion. Trapped crews face the constant threat of attack, with little access to food or medical supplies. Tragically, a number of crew have already been killed in attacks.

A significant proportion of the world's 1.89 million seafarers originate from Russia and Ukraine: according to the International Chamber of Shipping (ICS), Russian seafarers account for just over 10% of the shipping's total workforce, while a further 4% are from Ukraine.

With many direct flights to Russia suspended, and with fewer vessels calling at Russian and Ukrainian ports, seafarers from these countries may struggle to return home at the end of the current contracts.

“Seafarers in the Black Sea are in a perilous situation, stuck on board vessels or in ports with dwindling supplies and under fire. This is yet another blow for the industry and global supply chains. Crew levels have not yet returned to normal levels, and now many Russian and Ukrainian seafarers may be unable to return home or rejoin ships,” says Captain Rahul Khanna, Global Head of Marine Risk Consulting at AGCS.

Regular crew changes are required across the world to ensure the flow of seafarers is maintained. Last year, the ICS and shipping trade association, Baltic and International Maritime Council (BIMCO), warned there could be a “serious shortage” of officers within five years if action is not taken to increase training and recruitment levels.

The range of sanctions against Russian interests presents a sizable compliance challenge.

Western countries have introduced a raft of sanctions against Russian companies, banks and individuals, since the invasion of Ukraine. To varying degrees, the US, EU and Australia have banned imports of Russian oil, gas and coal, while the EU also placed sanctions on Russian iron, steel, coal, cement, timber and luxury goods. In Asia, Japan stopped exports of luxury cars and other items to Russia, while Singapore implemented export controls on technology and military exports to Russia.

The reputational risk and threat of further sanctions has led many companies and shipping groups to review their appetite for trade with Russia. However, supply chains in a number of industries, including automotive, electronics and agriculture, are reliant on raw materials and components from Ukraine and Russia, while some sanction regimes exempt certain products.

Many companies have entered into contracts with Russian companies that they are unable to cancel.

Violating sanctions can result in severe enforcement action, yet compliance is complex and evolving. It can be difficult to establish the ultimate owner of a vessel, cargo, or counterparty.

Sanctions also apply to various parts of the transport supply chain, including banking and insurance, as well as maritime support services, which makes compliance even more complex. The UK and EU, for example, banned insurers and reinsurers from underwriting the Russian aviation and space industry.

“The sanctions regime poses a high compliance risk for shipping companies and insurers. This is a dynamic and complex situation, and we have to take each contract on a case-by-case basis.

“While some Russian entities are sanctioned, there are exemptions, and there may be multiple sanctioned parties within the supply chain. There are also challenges around how to manage exposures and services claims in Russia,” says Justus Heinrich.

Hottest Photo Reports
Catch up with all the political quotes from our politicians.
Advertise here
More from Opinion
ModernGhana Links
Will Free SHS and other Policy of Government be Cancelled Now That We Are Going to The IMF?
Are the current happenings in Ghana a suggestion that the NDC has won the 2024 elections in advance and NPP should forget about it?
Dishonesty: A new core subject in many Ghanaian schools
TOP STORIES