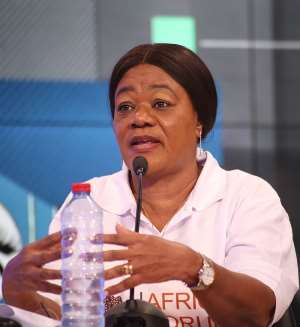 The Chartered Institute of Logistics and Transport (CILT) has reiterated calls for African governments and the shipping industry players to invite multimodal transport systems as a push for the African Continental Free Trade Area (AfCFTA).

CILT called for investments into multimodal systems of transport such as modern rail networks, robust road networks, and marine transport among others.

Naa Densua Aryeetey, CILT Executive Member of the Governing Council, and Mr. Patrick Andoh, CILT Vice President in charge of Logistics jointly made the call during a forum with the media contributing to the debate that AfCFTA might be unsuccessful without the needed transport system as monitored by the Communication for Development and Advocacy Consult (CDA Consult).

They agreed that adequate investment into all the various means of transport would reduce the burden on Africa’s road infrastructure, and give Africans the opportunity to cost-effectively convey their cargoes across the continent.

Mrs. Aryeetey called on freight forwarders in Ghana to consolidate resources towards achieving the goal of transporting their goods using multimodal transport systems as its been done elsewhere.

She said the African logistics and service providers must take a cue from the major international shipping companies, who were forming conglomerates to successfully achieve their goal of providing end-to-end shipping services globally.

She suggested that they could take the opportunity to acquire vessels, with about 1500-3000 TEUs capacity to provide short sea shipping for their goods, adding that it had become crucial for investment into regional sea shipping because the status quo at the moment has made shipping among African countries very expensive.

She said such investment into maritime transport would not only make trade more efficient but also generate revenue for African states as well as create jobs.

“If we have our vessels it will even serve as an opportunity to train our seafarers,” she stated. "Adding that when African countries augment their railway infrastructure as well as inland water transport, it would expedite the movement of goods across the hinterlands."

Mr. Andoh, on his part, said transport and logistics were the backbones of all trading systems, therefore, his agreement with the call for African states and private organizations to own ocean carriers for intra-regional trade.

He said transport and logistics were the backbones of all trading systems and therefore it was strategic for industry players to own these vessels as a way to achieve the AfCFTA objectives.