German Chancellor Olaf Scholz: ‘The world will have a lot of very influential countries in the next decades’ 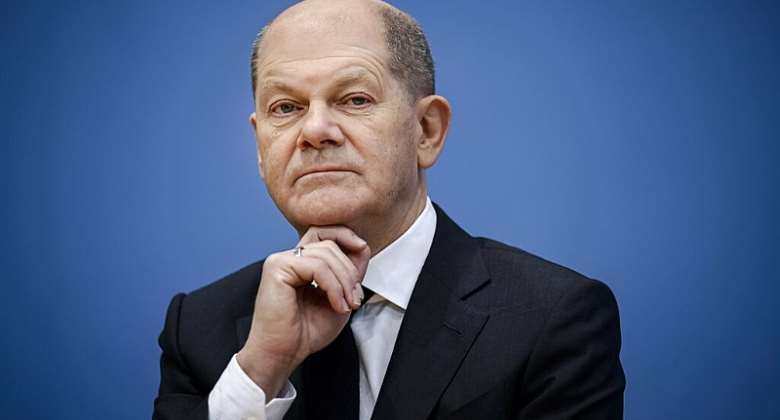 Olaf Scholz at a press conference in Berlin

In an interview with DW in South Africa today, German Chancellor Olaf Scholz said: “Africa is the continent next to Europe and so it is of essence that we work intensely to have very good relations with all the states in Africa, and it is important that we develop our relations with all the democratic states around the globe.”

The chancellor stressed the importance to “create a multilateral world. … South Africa is a democracy, Senegal, Niger – and this is why I visited [these countries] and why I think it is important that we continue to work together. … The world has a good future if we cooperate, if we understand that there will be a lot of very relevant states in the future.”

“All countries with a colonial past have to be very honest and admit that… they have a responsibility [to build] better relations with the [former colonies], for instance in Africa. … My view is that the world will have a lot of very influential countries in the next decades that are not just Russia, China, United States and Europe, for instance. This is one of the reasons why I invited Indonesia and India, Senegal and South Africa or Argentina to participate in our G7 meeting in Germany this summer, because it’s a starting point for understanding that the world is something we [share] responsibility for.”

In regard to energy talks taking place at the World Economic Forum in Davos this week, Scholz said: “We will have a very difficult situation if we look at fuel prices. Obviously it will be not feasible to subsidize them down, especially on a global level. But it is necessary that we start to increase the supply with gas, with fuel, and to make it feasible for the countries to pay their bills.”He added that negotiations were underway with all countries exporting oil and gas in order to “convince them to increase their capacities. This would help the world market.”

“Russia started a brutal war against a neighboring country. It is important that we stick together to give Ukraine the chance to defend itself, its integrity, its sovereignty. This is also important for peace around the globe. We should agree that there should never again be a successful attempt to change borders by force, and this is what Russia is trying to do, and we cannot accept this. And this is why so many countries are supporting Ukraine with financial means, with weapons, and we developed a sanctions regime against Russia to convince the Russian leadership that they should start negotiations with Ukraine and withdraw their troops from Ukraine territory.”

On the multiple effects of the war in Ukraine on African countries, the chancellor said: “It is obvious that a lot of countries are suffering from this war and from the Russian aggression, and we are very determined to help these countries.” Scholz spoke about multilateral efforts to fight war-related food emergencies and economic consequences: “We are working on supporting the World Food Programme and starting an initiative against the shortages that are coming up now. We will work together on a global level, with the United Nations, and we are trying to convince all other countries that have the means to do so, to do it together with us.”

Scholz: “But the best thing to do is end the war, and if Russia stopped its aggression and was ready for peace.” He said the federal government was talking directly with Putin to tell the war “will never have a good outcome for his own country [Russia] will go back in their opportunities of economic development for decades, they will suffer and they are suffering.”

The chancellor said that “we have a global responsibility to support refugees” wherever they are, in the Western countries as well as in their regions of origin. He mentioned the need for legal ways of migration as well as answers to fight illegal migration.

On Mali Scholz said: “We are supporting the United Nations … with this so-called MINUSMA mandate and this is something that is good for stabilization in the region. But we also state very clearly that we will never accept a situation where there will be a fight with the support of Russian soldiers in Mali against the people.”

Scholz said that his meetings in Africa had been positive: “It was very good to discuss with the leaders and understanding that they have a very similar view of the world and that they are also sharing the willingness to cooperate.”

Hottest Photo Reports
Catch up with all the political quotes from our politicians.
Advertise here
More from Germany
ModernGhana Links
France, Germany, Italy and Romania back Ukraine's bid to join EU
Germany hands over looted artefacts to Namibia, but on loan
Germany to loan back 23 looted museum pieces to Namibia
TOP STORIES