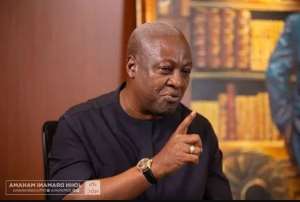 The Minister of Lands and Natural Resources, Samuel Abu Jinapor has released further details on the Achimota Forest Reserve brouhaha.

“On 20th March 2013 the family again petitioned the then President of the Republic HE John Dramani Mahama for the release of the portions of the land,” it said.

It added, “On February 20214, the Forestry Commission and the Owu Family Executed a Deed of Variation to the 2013 leases as a result of what was described as ‘an omission of the root of title and the actual size of the end land.”

“By the said 2014 deed of variation the Forestry Commission granted one Owoo Family another fifty point zero nine acres (bringing the total acreage grated to the family to One Hundred and Ninety Eight point Fine Zero acres By a letter dated 4th April 2014, the then Minister for Lands and Natural Resources , Hon Alhaji Innusah Fuseini , MP wrote to the Lands Commission to amend its records to reflect the grants made to the Owoo Family.”

The Ministry intends to initiate a process of an independent audit on the specific issues of acreage de-gazetted and will act accordingly in the public interest , should that become necessary.”

The Ministry assured that the government was going to act on all improper acquisition of lands in the country.

A statement issued by Mr Jinapor said all past and present wrong acquisition of lands would be dealt with accordingly.

“Government will act on any improper acquisition of any public lands regardless of how it was procured , whether now or in the past, and the Achimota Forest lands will not be an exception,” the Ministry said while indicating that the alleged will of the late former Chief Executive Officer of the Forestry Commission, Kwadwo Owusu Afriyie (Sir John) is a subject matter for litigation in court.

“Preliminary inquiries reveal that the alleged will in question is a subject matter for litigation / Contestation in court.

“Further checks at the Lands and Forestry Commission, the repositories of the records of the land in question show no record of ownership of lands at the Achimota Forest of Sarkumono Ramsar Site, by the late Kwadwo Owusu Afriyie.”

The documents list some individual relatives of Mr Owusu Afriyie's to be allocated some portions of the Achimota Forest, which has become a topical issue the past days as a result of an Executive Instrument signed by President Nana Addo Dankwa Akufo-Addo to declassify portions.

“I give my portion of land that I jointly own at the Achimota Forest in the name of DML Limited to Elizabeth Asare Boateng who at the time of making this will is domiciled in the USA forever,” point g. of the will of the late public official, popularly known as Sir John, stated as captured on social media.

“The Ministry takes a very serious view of the allegations, and has requested for all documents relating to the lands in question, as part of an initial inquiry to ascertain the veracity of the claims,” a statement issued on Sunday, May 22 by the Ministry said.

“Considering that the issues that form the basis of the allegations predate the tenure of the current Minister, Hon. Samuel A. Jinapor, MP, it is important that he is seized with the full facts to enable him take appropriate action, if, indeed, there is any merit in the claims.

“The Ministry assures the general public and the good people of Ghana that it will ensure that the national interest is protected at all times, especially in matters pertaining to the Achimota Forest.”