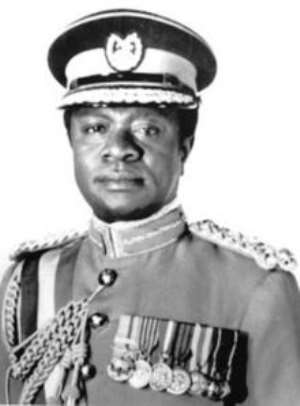 The man is such a compulsive liar that one begins to wonder whether he had been born and raised in Ghana at all. We learn that during a recent interview that he granted Uganda’s NBS Television, former President John “European Airbus Payola” Dramani Mahama was full of his trademark crapulous effusions, when he told the host of the aforesaid interview that Ghanaians had always thought that the Akosombo Hydroelectric Power Plant, the largest of its kind in the country, would last forever until it recently became obvious that the 2,300 Megawatts of energy produced by the Kwame Nkrumah-built dam was woefully inadequate. Take a reading, Dear Reader: “We thought Akosombo will last forever; unfortunately, it didn’t. So, we were consuming like 2,600 Megawatts and our production was 2,300 Megawatts, so we had to go through a period of outages. What did I do? I took responsibility” (See “ ‘I Said Yes You Call Me ‘Mr. Dumsor’; I Took Responsibility and Fixed It and Added 3,000 Megawatts’ – Mahama” 5/21/22).

For a politician who has been widely touted as a remarkable historian, such an unconscionable decision to lie flat-out to both the host of his interview and the people of Uganda comes as nothing short of inexcusably revolting and scandalous. The stark fact of the matter is that as relatively early as the 1970s, when Mr. Mahama was in high school, the late Col. Ignatius (Kwasi) Kutu Acheampong – later self-promoted to the rather oversized rank of a General – recognized the increasingly apparent inadequacy of the hydroelectricity generated by the Akosombo Dam. As a result, the extant Chairman of the National Redemption Council (NRC) junta, later renamed the Supreme Military Council (SMC-1), constructed the Kpong Hydroelectric Power Plant, today, Ghana’s third-largest hydroelectricity power plant but at the time when it was built the second-largest power plant in the country, several miles downstream from the Akosombo Dam.

Gen. Acheampong, like his political hero and idol, that is, President Kwame Nkrumah, significantly increased the power-generation capacity of Akosombo because he also recognized the urgency to rapidly industrialize the country, if Ghana was to become self-sufficient in food production and other basic needs that Ghanaians required to live relatively comfortably vis-à-vis their neighbors in the ECOWAS Subregion. It is therefore tantamount to nothing short of crass ignorance and downright arrogance for the former President to pretend as if his most significant predecessors, especially President Nkrumah, Head-of-State Acheampong and the late Prime Minister Kofi Abrefa Busia, and even the late President Hilla “Babini” Limann, had not recognized the fast-creeping problem of the woeful inadequate energy generation by the Akosombo Dam.

In so scandalously lying through his teeth, the overriding and obviously devious objective here, on the part of Mr. Mahama, was to conveniently avoid confronting the fact that for the 20 years that the late Chairman Jeremiah “Jerry” John Rawlings ruled Ghana, both as a faux-Marxist maximum junta dictator and a democratically elected President, absolutely no serious attempt was made to significantly increase the energy generation capacity of the country. This ramshackle state of affairs may very well have been further compounded by the fact that under the ill-fated IMF-World Bank-rigged national deindustrialization program, euphemistically dubbed as the Structural Adjustment Program (SAP), the country’s energy-supply needs became decidedly epiphenomenal or practically irrelevant, even as the exponential increase in Ghana’s population made the need for the expansion of its energy-production capacity obvious.

It would take the John Agyekum-Kufuor-led government of the New Patriotic Party (NPP) and the latter’s construction of the Bui Dam, with a Chinese-government issued loan investment of at least a half-billion dollars, to significantly upgrade the nation’s energy-generation capacity, by which time it would also be grimly recognized, rather belatedly, that the adverse climatic impact on the country’s largest waterway, the Volta River, had significantly dwindled in volume and the optimum levels of the latter. The signs had always been there for quick-thinking environmental scientists and the civil-engineering experts for at least a couple of decades all right. In other words, it had virtually become crystal clear that Ghana’s energy production capacity needed to be significantly diversified.

In his Uganda television interview, Mr. Mahama also scandalously claimed that he had effectively resolved the Dumsor problem by 2015. The truth and sad reality here, Dear Reader, is completely different. The stark fact of the matter is that it would take at least two years into the first term of President Addo Dankwa Akufo-Addo’s tenure to effectively resolve the protracted and seemingly intractable problem of Dumsor. If, indeed, as he pontifically and smugly claimed in his aforesaid Uganda television interview, Mr. Mahama had effectively solved the problem of Dumsor by the middle of 2015, then how come that the same then-President Mahama would force the man for whom the latter had specifically created the afterthought and ad-hoc Power Ministry, namely, Dr. Kwabena Donkor, to resign his cabinet position about as late as December 31, 2015, for having epically failed to fulfill his Dumsor-resolution promise? (See “Confirmed: Kwabena Donkor Resigns Over Dumsor Controversy” Graphic Online 12/31/15).

Absolutely no leader deserving of the latter designation would fire or expel his most efficient and successful cabinet appointee in precisely the manner done by then-President Mahama. Neither would Mr. Mahama’s most effective and successful cabinet minister would have been forced to publicly and unreservedly apologize for his epic failure to solve Dumsor. Now, on the matter of the Mahama government’s having supposedly generated an excess energy capacity of 3,000 Megawatts of electricity, the least said about the latter, the better. The fact of the matter is that out of both his morbid desperation to hang on to power and his abject and gross administrative incompetence, Mr. Mahama would enter into several profligate power-generation contracts with foreign governments and companies that would have to be renegotiated by the newly elected Akufo-Addo-led government of the New Patriotic Party, if the country was to remain solvent and not seriously default on any of these contractual agreements.

For example, a natural gas contract signed by the previous Mahama regime with the government of Equatorial Guinea for a humongous $ 2 billion (USD), would be successfully renegotiated down by President Akufo-Addo to about half of the originally contracted figure. Listening to the former President wax mendaciously and unconscionably smart to his NBS television host, you would think that the tenure of this most thievish and payola-prone Fourth Republican Ghanaian President also marked the apogee of the Golden Age of postcolonial Ghana. Nothing could be farther from the truth of what really happened under the at best indescribably chaotic tenure of Kwame Gonja Akonfem-Kanazoe Ouagadougou Dramani Mahama.