By Babatunde Fagbayibo - The Conversation 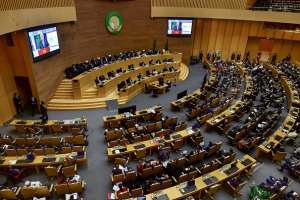 This year's celebration of Africa Day provides another opportunity to assess how far continental integration has progressed.

Integration would mean a truly united Africa – either a federalist “United States of Africa” or the African Union (AU) exercising binding powers over member states . At present the AU merely serves as a platform for coordinating the interactions of its 55 member states .

Although some progress has been made, more needs to be done to achieve the goal of integration.

Member states need to move beyond paying lip service to unity, and empower critical AU organs. This requires a shift in mentality. States need to appreciate the need to sacrifice some autonomy for common socioeconomic and political gains. Lacklustre commitment to continental integration is connected with Africa's peripheral position in global dynamics.

In my view, as a researcher of the institutional dynamics of Africa's integration process, pan-African integration is in a crucial phase. This phase is as important as the creation of the Organisation of African Unity in 1963 and its eventual replacement with the AU 20 years ago .

In a 1969 speech, the then Tanzanian president, Julius Nyerere, captured what the African worldview entails:

We recognise that we are involved in the world and that the world is involved in us. Involvement without understanding, however, can be embarrassing and even dangerous.

A pan-Africanist worldview understands that the continent cannot exist in isolation. However, this must be accompanied by a determination to drive an agenda that enhances pan-African goals.

This position reflects the views of many of Nyerere's contemporaries, and those who came after him, on how Africa should position itself on the global stage.

Kwame Nkrumah's “African personality” , Thabo Mbeki's “African renaissance” , and the oft-repeated “African solutions to African problems” have also been used to capture the essence of an effective pan-African worldview.

Mbeki's idea speaks to restoring Africa's dignity, and pushing for its economic and political development. Nkrumah's advances the principles of societal equality. It places the community over the individual in preparing African societies to establish a federal union of African states that is assertive on the global stage.

The continent has seen some positive developments that could advance integration. They include the adoption of the following instruments and processes:

the free movement protocol (yet to come into force)

sanctions for non-payment of membership dues

regulating the relations between the AU and the eight regional economic communities. The African Union: timeline of events. Usifo Omozokpea / AU

As Thomas Tieku , an expert on Africa's international relations, has observed, despite some of the failures of pan-African integration, the AU has set admirable guidelines on governance, peace and security.

It has also developed enforcement mechanisms for violations of its standards. It has quickly adopted the African Continental Free Trade Area , empowered the African Union Development Agency-NEPAD, mobilised resources to get COVID-19 vaccines , and integrated the AU development agenda into national development plans .

Yet pan-African continental integration remains constrained by many problems. These include countries' unwillingness to transfer powers to AU organs.

Addressing this will require a change of worldview. Africa needs to rebalance the way it sees itself and relates to the world. African states need to equip national and regional institutions to deliver on the promise of political and economic development.

The ability to project a strategic pan-African worldview is undermined by several factors. One is the unwillingness to transfer supranational powers to key AU institutions. For example, the Pan-African Parliament has only limited, advisory rather than full legislative powers.

Similarly, the AU Commission lacks the power to make member states comply with institutional rules. The 2017 Kagame report on AU reforms noted that the union has passed over 1,500 resolutions but has no mechanism for tracking their implementation.

Member states have failed to comply with about 75% of the decisions of the African Court on Human and Peoples' Rights. In reaction to judgments against them, member states such as Tanzania , Benin , Rwanda , and Côte d'Ivoire have withdrawn the permission allowing individuals and NGOs access to the court.

The AU's dependence on external funding is another impediment. Despite ongoing financial reforms, at least 61% of its budget comes from external donors. Some use donations as a tool to manipulate AU processes.

The continuous violation of AU norms and standards on human rights and governance is a major obstacle to deepening continental integration. For example, there has been an upsurge in military coups in recent years. In addition, democratic backsliding is on the rise, through unconstitutional changes of term limits, digital repression , violent clampdown on opposition voices , and electoral fraud .

The AU's response has been tepid. In some cases, leaders involved in suppressing democratic voices are tasked with leading key processes in the AU.

The limited role of civil society in pan-African integration is another concern. And there is little public awareness of what the AU does and how.

Despite the benefits that could come from an integrated Africa , many African countries remain wary of the process. For example, some restrict human mobility. They have refused to sign the continental protocol on free movement, citing security concerns and protection of local jobs .

The effectiveness of reforms at the AU depends on a change of mindset. Members need to understand that enhancement of Africa's position in global realpolitik depends on an internally cohesive body. This will require actions in three key areas:

including the African populace in AU programmes and processes

Without a system that emphasises fundamental rights and good governance, regional integration goals such as trade, free movement of people, gender equality, peace and security cannot be realised.