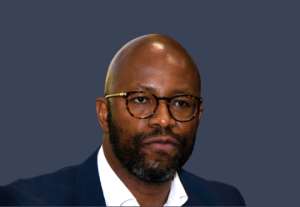 The MTN Group CEO, Ralph Mupita remains optimistic about the digital ecosystem in Ghana despite the implementation of the controversial E-levy.

While he acknowledged the budgetary constraints the government is faced with, Mr. Mupita said he was in favour of a more balanced approach to the matter.

He also stressed that it was “early days yet” as far as assessing the impact of the e-levy is concerned.

“There is a balancing here that needs to be carefully thought of around the investment in the digital ecosystem,” he said.

With a focus on the long term, Mr. Mupita noted that, “the reason you see digital payments rising is that actually, we are solving the problem of financial inclusion.”

He has observed that traditional banking systems do not have the depth to drive financial inclusion.

Thus, he expects the economy to shift towards more services, with the digital ecosystem playing a bigger role.

“We [MTN[ are going to continue to invest in driving an expansion of the digital ecosystem to enable eCommerce,” Mr. Mupita said.

He said e-commerce is heading towards a stage where it will “sustain small and medium scale enterprises that need specific solutions to make their businesses successful.”

The government commenced the implementation of the controversial levy on May 1, 2022 after its initial announcement in the 2022 budget.

The levy was reduced from 1.75% to 1.5% after protests from various stakeholders.

The reduction was considered insufficient by the groups that were calling for the levy to be scrapped.

The government had hoped to rake in about GH¢7 billion from the collection of the 1.5% levy on mobile money and other electronic transactions, but the figure was revised downwards to about GH¢4 billion recently.