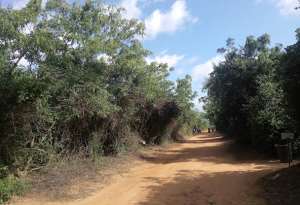 The Osu Stool has denied making comments on the ongoing saga surrounding the Achimota Forest Reserve.

The stool asked the general public to disregard comments that have been made purportedly coming from them.

A statement they issued said “The attention of the Osu Stool has been drawn to statements purportedly made in its name on matters in respect of the Achimota Forest and wish to state categorically that the Osu Stool has not made any public statement on the matter.

“We wish to advise the media and all concerned agencies and institutions to be wary of publishing commentary from, or having discussions with persons claiming to be representing the Osu Stool but who have no such mandate.

“We wish to state that these comments were not authroiused by the Osu Stool and the two individuals have no mandate to speak for either the Osu Stool or Osu Traditional Council.”

This means that those portions are no longer going to be part of the forest reserve.

He said the natural resource was not for sale and would not be sold.