…says the world has lost a 'heroine'
By Raphael Apetorgbor || Contributor 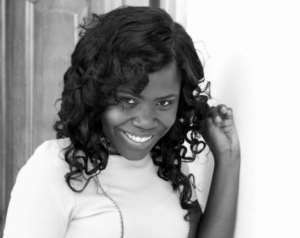 Award winning journalist, Mrs. Raissa Sambou-Ebu says the world has lost a ‘true heroine’ following the assassination of Al Jazeera journalist, Shireen Akleh who was shot dead by Israeli forces, whiles in the line of duty at the occupied West bank.

Abu Akleh was wearing a press vest and was standing with other journalists when she was killed by an Israeli Sniper.

Another Al Jazeera journalist, Ali al-Samoudi, was also wounded by a bullet in the back at the scene.

The death of the renowned journalist has since prompted widespread condemnation across the globe including Israel's own human rights groups and the Vatican.

The Ghana Journalist Association Most Promising Journalist signing the book of condolence opened at the Palestinian Embassy in Accra expressed her admiration of the deceased, describing the manner in which Shireen Akleh's life was taken as ‘heartbreaking’.

“Shireen Abu Akleh was a revered journalist I admired very much. It is heartbreaking, the matter in which her life was taken. The world has lost a true heroine,” Mrs. Sambou-Ebu who reports for Ghanaian Times stated.

She said the late journalist left a positive impact on her reportage and was optimistic the international community will rise up and fight for justice against crime against humanity.

“I will never forget the impact she made through her impeccable way of reporting issues. I pray the world rise up and fight against all manner of crimes against humanity,” the statement stated, adding that ‘Shireen is gone but I hope another innocent lady will not fall again’.

Are black people capable of managing their own affairs? – Pr...
57 minutes ago