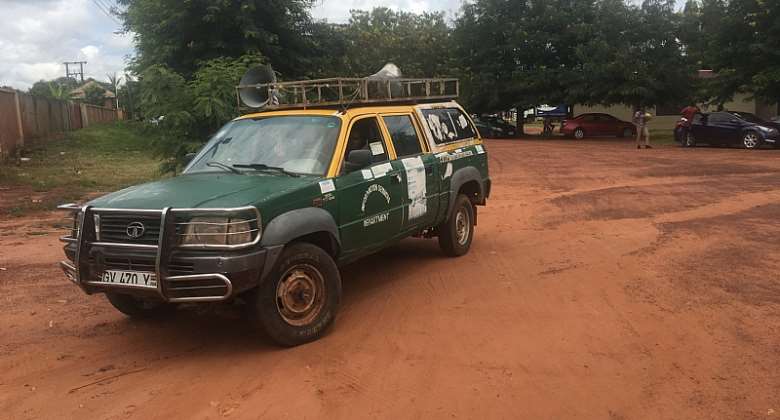 Sensitization of the Electronic Transfers Levy (E-Levy) is ongoing in the Bono East Region to educate the public on the importance of the levy and the role it would play in revenue mobilization for the socio-economic growth of the country and its citizenry.

The levy is among government policies to generate revenue to enable it embark on development programs including infrastructure in education, health, sanitation and provision of social economic amenities such as roads, markets among others.

The Information Services Department (ISD) being the mouthpiece of government is currently sensitizing all the eleven administrative districts and municipalities in the region to encourage and throw more light on the benefits of the policy to the people.

Mr. Paul Desmond Tutu Bono East Regional Director for the Information Service Department (ISD) disclosed this in an interview with the Ghana News Agency (GNA) on Monday at Techiman, the Regional capital after a day’s orientation workshop on E-Levy organized by Ghana Revenue Authority (GRA) in Kumasi to educate ISD staff.

Mr. Tutu noted that the exercise is currently running through the four municipalities and their environs including Techiman, Kintampo, Nkoransa and Atububu-Amantin while the seven districts are Kintampo South, Techiman North, Sene East and West, Pru East and West and the Nkoransa North Districts.

Mr Tutu explained that everyone would be able to send money through mobile money up to Ghs100 Ghana cedis a day without paying the Levy. He added that if one is sending money to own wallet, one would not be charged provided the mobile money or bank account is linked to the Ghana Card.

He hinted that the Department in its focused on achieving the intended target.

GRA area manager has assured its collaboration to help educate the people in the levy, indicating that due to this some officers from GRA are under training to assist in effective implementation of the policy.

Mr Tutu further outlined the programme for the sensitization and indicated that each district is embarking on a three-day Cinema outreach programme in the communities. Aside this there would be a five-day visitation to five churches, mosques and seven community information centers in each district.

He commended the Municipal and District Assemblies for their collaboration with the ISD to touch every community on the E-Levy sensitization.