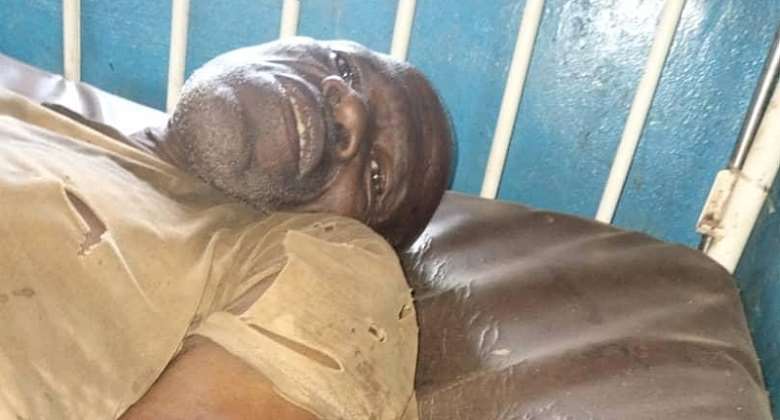 Police should call to order the Ndalile of Mokwa, Muhammad Shaba Aliyu because, according to a local source, he is behind the ongoing clash between Eppa and Etisheshi communities in Niger State. In an earlier incident, Ndalile had opened fire on some protesters who stormed his palace to demand the release of an Etisheshi youth leader that he arrested. Ndalile shot and injured 12 of the protesters. One of them had reportedly died as a result of the injuries. In an attempt to further victimize the leaders from Etisheshi community, Ndalile lodged a petition at the state police command in Minna urging the police to investigate them for criminal conspiracy, mischief by fire, causing grievous hurt, inciting disturbance, criminal trespass, criminal intimidation, obstruction of the public highway, and unlawful possession of dangerous weapons.

According to a local source, Ndalile is the brain behind the communal clash between the Eppa and Etisheshi communities. Following the refusal of the Etisheshi community to allow Ndalile sell their land to a local sugar company, this traditional rule has been instigating the Eppa people against their Etisheshi counterparts. It was reported that today May 22, there was another bloody clash in the community. Some thugs from the Eppa community attacked farmers from Etisheshi community with bows and arrows. At least 6 persons were seriously wounded and some of them are receiving treatment at Federal Medical Center in Bida.

The police have a duty to call Ndalile to order. They should intervene and help restrain him from instigating further clashes and bloodshed in the Mokwa community. The police should not allow the Ndalile to use them to continue to intimidate and harass members of the Etisheshi community. From what has transpired so far, it is the Ndalile, not the Etisheshi community leaders, who should be arrested and prosecuted for instigating violence, and for attacking and causing fatal injuries. The police should take measures to reconcile the Eppa and Etisheshi communities, and ensure that there is no further breakdown of law and order. They should ensure that peace eventually returns to the Mokwa community in Niger state.