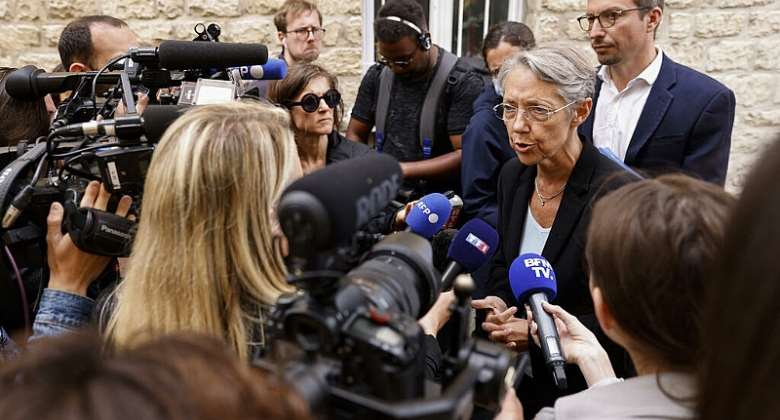 The government of French Prime Minister, Elisabeth Borne, meeting for the first time on Monday, has promised to table a bill containing measures to increase the spending power of consumers, immediately after the parliamentary elections in June.

Apart from the promise of legislative action to boost spending power in the immediate wake of June elections, the government has had to face a major problem as the Solidarity Minister, Damien Abad, faces accusations of rape from two women.

"The government is fully supportive of those women who have the enormous courage to speak out, if they are victims of sexual harassment," said government spokesperson, Olivia Grégoire.

"But the establishment of the facts in all such cases must be left to the courts."

In handing over the Employment Ministry to her successor, Olivier Dussopt, Borne said she was certain that the end of unemployment was in sight.

The technical level at which full employment is achieved is when the unemplyment statistics fall below 5.5 percent. The figure for the first three months of this year is 7.3 percent.

The prime minister is due to meet employer organisations and the trade unions later this week.

President Emmanuel Macron told the new government that he wants them to act to "reunite" the nation, in the face of "unprecedented challenges".

The French leader went on to identify the war in Ukraine, the slow recovery from the Covid epidemic, and the social and political divisions in French society as the chief of those challenges.

"You are part of a government of continuity and of change," the president told his ministers. "Your principal job will be to consolidate what has been achieved over the past five years, and launch completely new efforts, innovate both in the form and the content of the laws you propose."

The priorities of the new ministers are to be education, health and the environment.

Fifteen of the 28 members of the new team have now to ensure their election to parliament in the June Assembly elections.