By Ridhwaan Suliman - The Conversation
Article 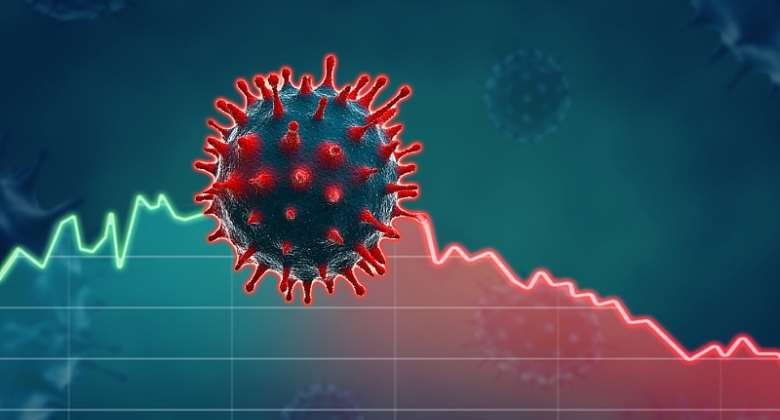 As COVID took hold in South Africa, daily case numbers grew. But the numbers people were seeing online or on news channels did not tell the full story of the pandemic. Ridhwaan Suliman works as a computational modelling researcher at the Council for Scientific and Industrial Research. He started tracking the numbers in his personal capacity. Using publicly available data from daily case numbers, testing rates, hospitalisations and deaths, he mapped the trends that emerged over time. After initially sharing some graphs with a few friends and family, he decided to post these on Twitter . He started with about 90 followers. Within two years this had grown to 47,000. The Conversation's Ozayr Patel asked him about the experience.

Why did you start mapping COVID trends?

Back in March 2020 when SARS-CoV-2 emerged in South Africa, we all watched the daily reported case numbers rising slowly at first, and then exponentially. The raw numbers being published daily by the National Department of Health and the National Institute for Communicable Diseases were just that: numbers, and did not tell the full story.

I started tracking the daily numbers to better understand the trends and where we were headed.

Just like a picture paints a thousand words, a graph aids in putting numbers into context. I noticed that the rapidly rising numbers brought feelings of anxiety, fear and panic for the general public (myself included). Looking at those numbers on a graph helped me to alleviate those negative feelings because the emergence of patterns and trends suggests a flow and order, instead of chaos and uncertainty. It allows people to be in control and use the emerging data to gain better perspective.

I only intended to do this for a few days or at most a week. There were two questions on my mind at that time. Would South Africa exit the harsh level 5 lockdown after the three weeks as initially planned? And were we following a similar trajectory to countries like China, Italy and the US, where SARS-CoV-2 first emerged and where hospitals were being overwhelmed?

By visualising the trends, I could see immediately that the initial lockdown would be extended.

It also quickly became apparent that testing rates in South Africa were limited. I started tracking this metric too and tried to communicate on Twitter initially, and later when invited in media interviews and publications the importance of the proportion of tests returning a positive result, or the test percentage positivity. Since confirmed cases were limited by testing rates, the test positivity percentage in combination with the absolute number of cases reported gave a more complete indication of the epidemiological trajectory of the country.

The lockdowns were intended to protect hospitals from being overwhelmed, to “flatten the curve” . So I tried to track data on hospitalisations and hospital capacity.

While all the lockdown measures and interventions in South Africa were implemented at a national level, the differences in the epidemiological trajectories across provinces were intriguing. So I delved deeper to better understand the trends across provinces and even some of the districts. The flattening of new #COVID19 cases, as well as test positivity, in South Africa 🇿🇦 also reflecting in the slowing down of rate of growth across other metrics of hospitalisation and in-hospital deaths too. Ridhwaan Suliman @rid1tweets

Over time many questions emerged, and still are emerging. I attempt to answer each question by searching for any available data – and trying to make sense of it.

Why is visualisation of data in “maps” so useful?

Not everyone is a fan of numbers. It is therefore crucial for scientists and researchers not only to collate the data and evidence, but also to communicate the science and what the research implies for the general population.

It is crucial for people to have access to the best available data and for it to be shared in the most understandable way. Even two years into the pandemic, the communication of the data and its implications remains severely lacking. Numbers are reported daily, nationally and provincially. But the trends are not evident to the general public. The key metrics to help people understand the level of risk, at the beginning of a wave, in the middle of a wave, or even between waves, are not clearly indicated. The limitations and nuances in the data are not communicated.

The correct information with clear communication allows people to gain agency and make informed decisions based on the levels of risk at the time.

Decisions being taken affected people's daily lives. Having access to the data and trends not only affords trust, but allows the public to better understand levels of risk and to make informed decisions in their day-to-day activities.

Without sufficient scientific data and clear communication, the risk of mis- and disinformation rapidly spreads. Cherry-picking certain sets of data can also fuel the spread of misinformation. By having access to the data in an easily understandable manner, people can more easily identify and counter misinformation.

What lessons have you learned – professionally and personally?

An important lesson I've learned professionally is to remain objective and non-emotional, even when personally affected, and also to have an open mind. Scientists and researchers should be able to change their stance or viewpoints when the data supports that. For example there was a shift in the pandemic when the Omicron variant emerged and infections were decoupled from severe disease, hospitalisation and death.

I also realise that if you cannot communicate a concept clearly, then you don't understand it well enough yourself. Communicating scientific results to a non-technical acquaintance makes the research relevant and affords the researcher an opportunity to better understand the research.

Personally, the importance of consistency, diligence and remaining humble and kind is crucial. It takes a very long time to build up and establish a leadership and online profile, but popularity can be fleeting and can disappear in an instant. No matter who you are or what you do, it remains important to be empathetic to others and their circumstances. Especially in the time of a pandemic, we all have a role to play in helping one another. Offer your skills and services, share resources, care and share with those most in need.

Ridhwaan Suliman is a member of a National Advisory Council on Innovation (NACI) committee, and Associate of the National Institute for Theoretical and Computational Sciences (NITheCS).

By Ridhwaan Suliman, Senior researcher in the Information and Cyber Security Centre within the Defence and Security cluster, Council for Scientific and Industrial Research

The Problem of Presidential Travels and the IMF
10 minutes ago