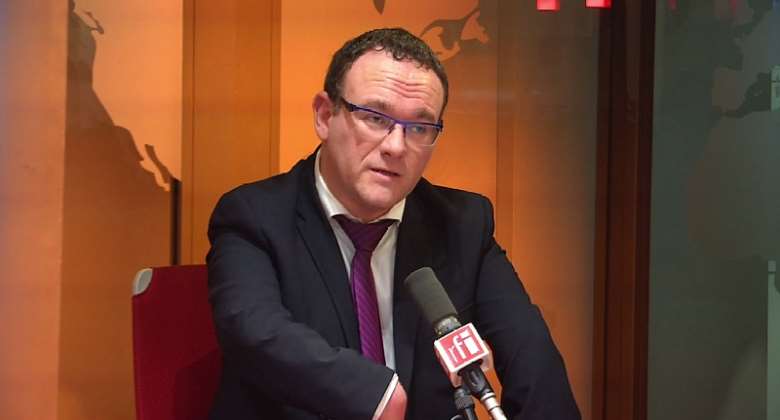 In a statement on Sunday, the 42-year-old said he contested the accusations – published late Saturday by the news site Mediapart – “with the greatest force”.

“I deny having exercised any form of coercion on any woman,” said Abad, who suffers from arthrogryposis – a rare condition that he claims limits his movements and gestures.

“These accusations relate to acts or gestures that are simply impossible for me because of my disability.”

The alleged sexual violence concerns incidents that reportedly took place in 2010 and 2011.

Judicial sources told BFM TV that an initial rape complaint had been filed and closed without action in April 2012. A second complaint filed in December 2017 ended in the same result.

Abad, a former president of the Republicans political group in the National Assembly, was a member of the European parliament before being elected to the French parliament in 2017.

It's understood the Observatory of Sexist and Sexual Violence in Politics watchdog alerted both the Republicans and President Emmanuel Macron's Renaissance party, where he defected, in an email this month.

The woman who made the first complaint told the watchdog she met up with Abad in a bar in Paris in 2010 after first having met him the wedding of mutual friends a few months earlier.

She said she woke up the next morning in a hotel room near the bar with Abad "in his underwear” adding she was “in a state of shock and deep disgust", fearing she had been drugged.

"He offered me champagne. I drank a glass and then blacked out until the next morning. This had never happened to me, especially not after a single glass,” the woman said.

Mediapart's report said the woman who filed the second complaint agreed to see Abad after he had sent her “insistent” text messages for several months.

Despite consenting to sex at first, the woman alleges Abad's behaviour was forceful and that he refused to listen to her when asked to stop.

Prime Minister Elisabeth Borne, campaigning in Calvados, Normandy, for upcoming legislative elections, said on Sunday she was unaware of the reports.