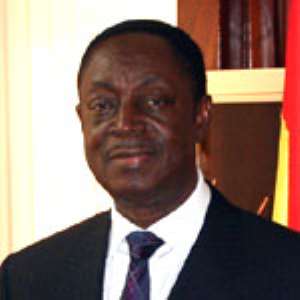 It is obvious for any political party member seeking to become the president of Ghana to first win their party’s flagbearer’s position, unlike a person contesting for the presidency as an independent candidate who does not have to go through that tedious process fraught with corruption.

For this reason, I shall campaign for Dr Kwabena Duffour, a member of the National Democratic Congress (NDC), to win the NDC flagbearer position to automatically become their presidential-candidate going into election 2024.

Kwabena is a technocrat and understands the dynamics of economics and finance to advancing the development of a nation more than the self-styled leader of NDC, former President John Dramani Mahama, who as clueless as he is, believes in riding on lies and criticisms of his political opponents to winning the presidency.

Seeking the best for Ghana and Ghanaians, it is about time the nation chose farsighted persons of integrity doubling as technocrats to rule the nation than having the usual bunch of economically-clueless bureaucrats in positions of leadership who are often left at the mercy of teeming corrupt officials they rely on to execute their policies and programmes.

Having abundant or little knowledge about the policies and programmes needed to be formulated and implemented for advancing your country is better than not having any knowledge at all but to fully rely on others. This is where if you cannot think of any policy or make any decision but to rely on others as it is the self-confessed position of John Mahama, one cannot make any headway in their attempts to develop their country.

By every stretch of the mind or comparison, Kwabena far outperforms John Mahama when it comes to devising policies and programmes to advance the economic progress of the nation to help better the collective conditions of living of Ghanaians.

All that John Mahama knows is to criticise the ruling government without ever suggesting alternatives. He does not suggest how he will have done differently, the very policies and programmes he is insanely infatuated with criticising, if he was the president of the country.

Criticism is like a talk which is said to be cheap; and destructive criticism as it is the weaponised tool by John Mahama in his aspirations to staging a successful comeback to the presidency is as dangerous and unhealthy for the development of Ghana as his ulterior diabolic motives are.

Ghanaians in their majority will be the losers to vote John Mahama back into power in 2024. A person who supports the destruction of the ecology of the country through his encouragement of uncontrolled illegal surface mining (galamsey) activities, has love of amassing wealth in questionable manners and tells lies to the face of people, is not worthy of any discerning electorate’s vote. He is, and will forever be, a curse to Ghana’s democracy and her development. Such a person is former President John Dramani Mahama.

For all his time in office as the Vice President, Caretaker President and full time President, can he or any of his sycophantic supporters mention any social interventions he introduced in the country for the collective benefit of the citizens?

Is he not the same person who prior to submitting himself for the NDC flagbearers’ contest has already appointed his Minister for “No Chop No Contribution” (NCNC) in the person of that disgraceful and potential murderer and kidnapper Samuel Ofosu Ampofo, the current NDC National Chairman who is also an Elder at the Pentecost Church?

How do Ghanaians understand the functions of the Office of NCNC? Do they understand what the Minister of NCNC has explained himself to be doing once he assumes office? Do we want a person harbouring such selfish intentions to become the leader of Ghana?

Dr Kwabena Duffour has sound economic policies able to help advance Ghana’s prospects for economic emancipation to eventually wean the country off her total dependency on foreign aid. Unlike John Mahama, he will not resort to sole sourcing when awarding huge government contracts but will take to public tendering to guarantee the country value for money projects.

Through a third party, I can say to be privy to some policies Kwabena will be implementing to not only generate revenue for the country but also, seal those porous holes through which greater sums of government money seeps into individuals’ pockets in what is a graft or theft.

When it comes to the time that candidates are openly allowed to campaign for the flagbearer position, I shall tell the nation about some of the laudable policies Kwabena intends to implement for the collective wellbeing of Ghanaians and mother Ghana.

For the sake of the betterment of Ghana and Ghanaians, let us all ensure that the NDC delegates put the interest of Ghana before their personal quests to vote to elect a credible candidate in the person of Dr Kwabena Duffour as their flagbearer but not the known clueless and incompetent one who is conducting himself as though he has already been elected the party’s flagbearer.

Kwabena has my support. Kwabena surely has the backing of God Almighty, I strongly believe that.

He is the person I love to see contest NPP’s Dr Bawumia and Alan Cash on a single ticket.

It is the time for dedicated, dynamic and honest technocrats with the knowhow to lead the country into the promised land abounding in greener pastures!

More to come in support of Dr Duffour and Dr Bawumia.