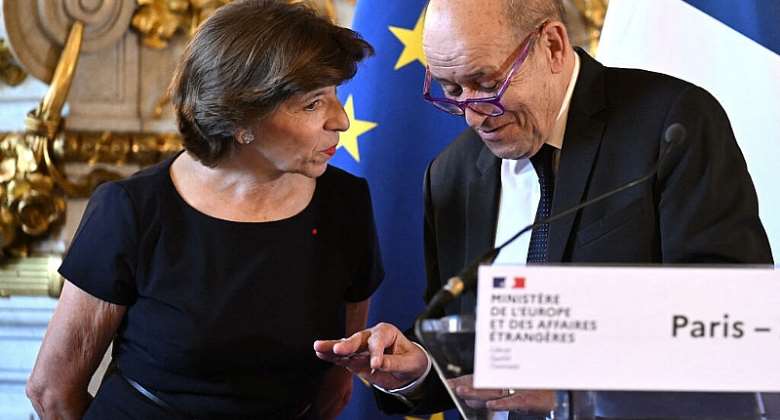 Paris fell out with the Canberra's conservative government last year after Australia reneged on a lucrative submarine deal between the two countries in favour of a security pact with the United States and Britain.

France recalled its ambassadors from both the US and Australia in protest, while French President Emmanuel Macron accused Morrison of lying.

As he transferred power to new Foreign Affairs Minister Catherine Colonna at the Quai d'Orsay on Saturday night, Le Drian described Australia's behaviour towards France as “brutal”, “cynical” and “incompetent”.

He added: "I hope we can resume a frank and constructive dialogue with Australia in the future.”

Dumping Morrison after three years in the top job, Australian voters ended nine years of conservative rule – instead backing the left-wing Labor Party, which has promised tougher action on climate.

However it is unclear if new Prime Minister Anthony Albanese will have enough seats to form a majority in parliament.