Snapping Sagittarius A*: How scientists captured the first image of our galaxy’s black hole 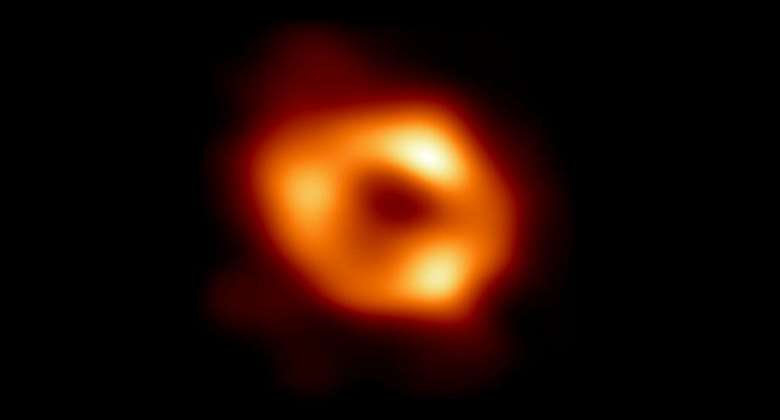 On May 12, scientists from the international research team called the Event Horizon Telescope (EHT) Collaboration unveiled the first image of Sagittarius A*, the supermassive black hole located at the centre of our Milky Way Galaxy.

This was the result of observations conducted using a global array of radio telescopes that form the EHT.

Dr Frederic Gueth, deputy director of the Grenoble-based Institut de Radioastronomie Millimetrique (IRAM), is one of the scientists involved in the project.

In an  interview with RFI's Dhananjay Khadilkar, Gueth talked about the monumental effort involved in capturing this image, and its significance.

Q1. What is a black hole and why is it located at the centre of our galaxy?

A black hole is one of those fascinating objects whose presence was predicted by Albert Einstein. It is so massive that nothing, not even light, can escape from it.

We cannot observe a black hole because nothing can get out of it. However, there is a trick to observing it. There is a black hole at the centre of every galaxy, not just the Milky Way.

The Sagittarius A* is four million times more massive than the Sun, which is already an incredibly massive object. It is located at 27,000 light years away.

Q2. How did you capture the image of Sagittarius A*?

We knew there was a black hole (at the centre of our galaxy) but we never had direct imaging of it.

All the proof we had of its existence was indirect. To observe the black hole, we used a network of radio telescopes that operate in the millimetre (wavelength) domain.

We have 10 observatories all over the planet. All the observations from different sites were carried out simultaneously. We needed to have atomic clocks at all these sites to make sure the synchronisation was perfect.

The (observational) data was combined by using a very complicated mathematical process to create this image which is not an optical image.

We needed to observe at radio wavelengths for one simple reason. There is a lot of gas and dust in the interstellar medium, which absorbs light at optical wavelength. That's why we cannot observe the vicinity of the black hole in the optical wavelength.

Q3. Out of the ten telescopes that form the EHT array, two belong to IRAM. What are the features of these two telescopes?

One is an antenna of 30 metre diameter located in Sierra Nevada in Spain. The other instrument, called NOEMA or Northern Extended Millimeter Array, is an array of 12 antennas, each of which is 15 metre in diameter. It is located in the French Alps. These two instruments are extremely sensitive.

Q4. Three years ago, the EHT Collaboration captured the first image of a black hole. Why is it important to capture images of black holes?

(Until these images were taken), all the proof we had about the existence of black holes was indirect. We observed orbits of stars around black holes. By calculating the speed of the stars, we would conclude that the mass of the central object must be so high that it has to be a black hole.

We have never had any direct imaging of black holes. It is therefore extremely satisfactory to do these observations so that we really know it exists. Moreover, we can also start to investigate the physics of the material surrounding the black holes.