Affirmative Action Bill is not a threat pass it now - ABANTU 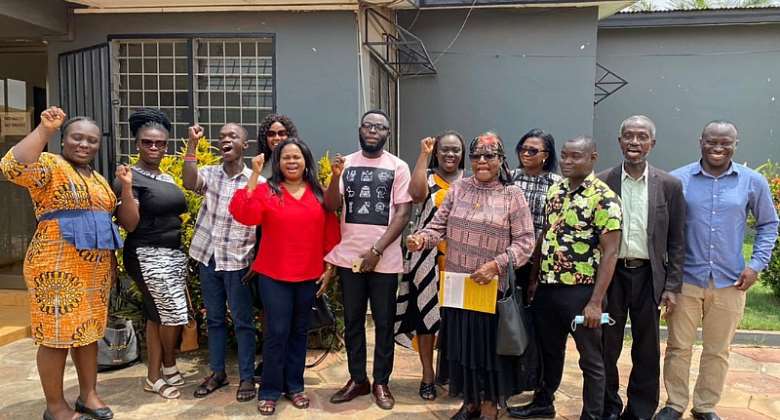 ABANTU for Development Ghana and PLAN International has called on Parliament to swiftly pass the Affirmative Action Bill into Law.

The government has made several promises to get the Bill passed in 2017 and 2020, yet none of these promises was materialized.

Although, the discussion on the drafting of Ghana's Affirmative Action Law began as far back as the year 2011.

The Convenor of Women Manifesto Coalition, Hamida Harrison made this known during a media engagement in Accra.

According to her, the Bill whose passage has long overdue in Parliament is a mechanism aimed at removing discrimination and improving the rights of marginalized groups, who have been historically disadvantaged.

Adding that, Ghana's Affirmative Action Law also seeks to remove the historical low representation of women in all decision-making spaces.

While promoting democracy and development through effective participation of all citizens, especially women.

“In addition, it seeks to promote women's representation to a minimum of 40% in all policymaking spaces,” she stated. It is in this regard, that the passage of the Bill into law is critical.

More so, Ghana will be advanced if the affirmative action Bill is passed into law. "We want the Affirmative Action Bill to pass into law.

It has taken a long time, and Ghana is been left behind we believe that with the passage of this bill into law, Ghana will be forward in even implementing the requirements of the SDGs.

We are targeting agenda 2030 and therefore the passage of the affirmative action bill (the gender equality bill) into law is critical," she emphasized.

According to Hamida Harrison, research has proved that countries cannot reduce poverty or build their human capacity; without the promotion of gender equality.

“The bill is not a threat and hence must be passed; well I don't know why politicians should see this as a threat, it will rather help the country develop,” she maintained.

ABANTU for Development has been advocating for the Bill to pass in hopes that the government of Ghana listens to the needs and requirements of women in this country.

It believes that without mainstreaming women or without including gender equality in the processing of development, the country cannot advance.

"We will continue with advocacy because advocacy is important and making the government realize and recognize the effect that non-passage of this bill is having on the country on the issues of women participation in public life".

ABANTU for Development Ghana and PLAN International has urged the media to use all available research and statistics from academia and civil society on the low representation of women in governance in Ghana to increase public awareness, advocate for citizens' interest, and garner support for the immediate passage of Ghana's Affirmative Action Bill into Law.