Postcard from Cannes #4 : Death on the big screen 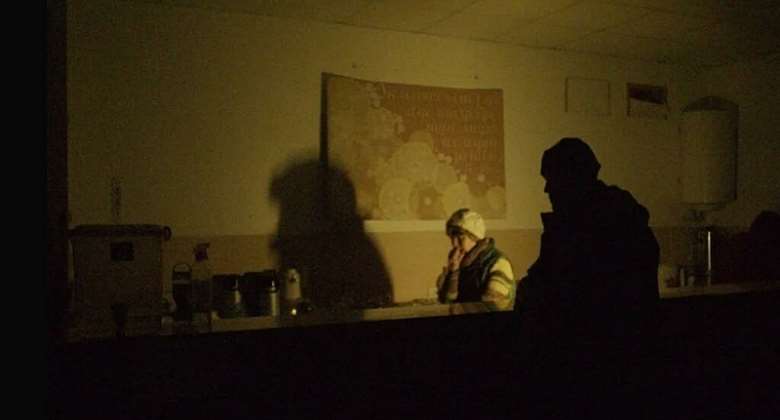 Cinema is a place where directors run wild with their imagination, transporting spectators to different dimensions. But it's often an occasion to magnify everyday life and all its facets. This means dealing with death and bereavement, sensitive topics treated differently by two of the key films screened at Cannes on Friday.

For two hours, the sound of bombs and rockets form the soundtrack to "Mariupolis 2", an unfinished documentary by Mantas Kvedaravicius.

A tragedy within a tragedy, it was filmed just weeks before the Lithuanian director was killed in the Russian siege of the Ukrainian city of Mariupol.

His fiancée Hanna Bilobrova, who was with him at the time, brought back the footage and edited it with Mantas's editor Dounia Sichov.

The first scene is the view from a darkened doorway of building. Men come and go. One of them holds up a shell he picked up outside that is still hot. “This is death,” he says, passing it across to his compatriots.

The days and nights merge together, endlessly, the initial fear giving way to monotony. Ironically, the sun is shining throughout this film and birds are chirping.

We hear muted conversations of the group of people who are sheltering in the basement of a church. Men, women children, rugged up in warm winter clothes.

They don't talk about the war directly. The apocalyptic scenes outside and smoke billowing on the horizon are the only attestations to gravity of the situation.

Some keep busy by chopping wood, sweeping broken glass off the pavement, or stoking the campfire for cooking.

Others feed the pigeons. And they wait. They eat together, they pray.

Shown as a special screening at Cannes, it is life in the middle of a conflict, without any narration or journalistic intervention.

We know death and devastation is all around, we see bodies on the ground in the rubble, we see the makeshift graves behind the church, the enormous crater where houses once stood.

Death is everywhere, but life goes on.

The film was both a shock and a deception for some.

The footage is so raw and uncut, it could be confused with a “derushing” phase of the filmmaking process, which is disorientating for the viewer.

There were no words on the screen to establish the context. Many journalists left the theatre before it was finished.

There are no interviews per se, only snatches of conversations. One man bemoans the fact that things were better in Soviet times, and wonders if things have gotten worse since the arrival of a so-called “democratic, honest” government.

Another tells us how he buried his neighbours and rescued another man by digging him out of a hole.

The project is perhaps intended to remain in its purest form, as close to the original intention of the director who didn't have the time to finish his project, which began during the conflict in the Donbass in 2014.

Lines from his shooting notes suggest he had many things to say. "Do you know what the most incredible thing was, about Mariupol?” he writes.

“No one feared death, even if people thought they did. Death was already there, and everyone wanted to die valuable. People would help each other, even if it meant risking their lives”.

“There no longer was any past or future, no judging, no implying anything. It was heaven in hell, the delicate wings of the butterfly fluttering closer and closer to one another, the smell of death in its raw dimension. It was the heartbeat of life”.

Meanwhile, death of parents is the central axis of feature “Frère et Soeur” (Brother and Sister) by French director Arnaud Desplechin, running for the Palme d'Or the main competition.

Marion Cotillard plays Alice, a tortured theatre actress who for some unknown reason decided long ago to hate one of her younger brothers, Louis, played by the equally tortured Melvil Poupaud.

The film waltzes back and forth from one camp to another, from the perspective of friends and family who are helpless in the face of this cruelty and pettiness. This is obviously a long trench warfare on emotional turf.

Things intensify when their parents are badly injured in a road accident. Time is suspended and each party must decide how to deal with the fallout.

It is ultimately the process of grieving that will bring the siblings back together in an unexpected way.

Although the human message is powerful, and beautifully filmed, the way it comes about takes one too many bizarre twists, stranding viewers who were grasping to understand the foundation of the story.

No stranger to the Cannes festival, Desplechin is well known for a nitty gritty magnification of human relations, the darker side of the spirit and complicated family dramas. This new work is no exception.