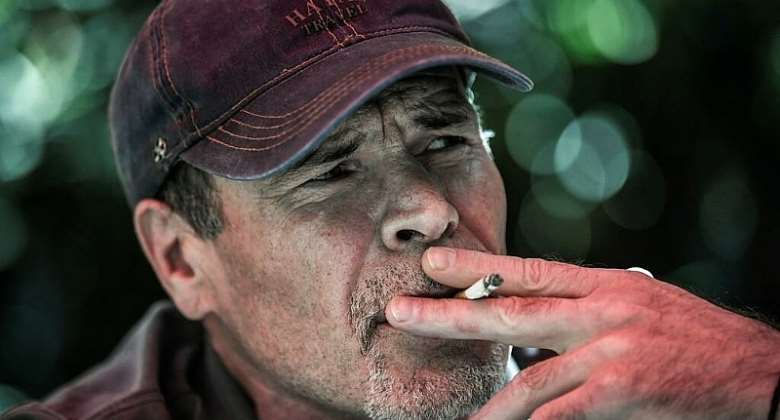 Marat Gabidullin is the first combatant from private Russian paramilitary company Wagner to break rank and talk publicly about the secretive organisation. He recounts his four years as a mercenary in eastern Ukraine and Syria in his memoir In the Same River Twice, now available in French.

Gabidullin, 55, a Russian veteran with the airborne forces and a former bodyguard, joined Wagner in 2015. Injured in Palmyra, Syria, in 2016, he quit the unit in 2019. His memoir relates the battles waged by the Wagner Group in Donbas, Syria and on the Africa continent.

But human rights abuses by Wagner fighters in Central African Republic, Libya and most recently in Mali have been reported, and denounced, by France, the EU and the UN.

RFI: Do you fear for your safety?
Marat Gabidullin: My answer to this question is always very simple: it was before that you had to be afraid, now the Rubicon's been crossed. I want as many people as possible to know how this military company works from the inside. The world must know the reality, see Wagner's real face. It's sometimes unflattering, nothing is simple. But Wagner's image is often demonised in the press. And for good reason.

What do you mean?
A few years ago, everyone was talking about a video on the execution of two Syrian militiamen. The people responsible for this execution were identified as Wagner mercenaries. I think they were.

Did you know them? Were they with you in Syria?

No, I don't know them personally. All the evidence shows that these mercenaries were part of the battalions formed in 2017 on the fly, just before a major military operation in Akerbat. Very few of these new recruits had any military experience.

Can you confirm that members of the Wagner company committed war crimes in Syria?

Neither I, nor my colleagues, nor the soldiers under my command committed any; we have no civilian blood on our hands.

But you have to understand one thing. Who is a Wagner soldier? He's someone who isn't accountable, has no legal existence, no clear status. He acts with absolute impunity. He will never answer for his actions, for his crimes in a court of law. So everything depends on his personality.

But I would stress they're often men with military experience and no psychological problems. They're able to make good decisions in times of war.

But those who join Wagner's army without military experience, where do they come from?

It's hard to say. Especially now with the war in Ukraine. I don't think they sift through them, there aren't any strict criteria for going to the front.

So Wagner is still recruiting men to send to Ukraine?

Yes, troops are being trained to fight in Donbas.
Three Russian journalists were killed in Central African Republic while trying to investigate Wagner, and you are talking openly. Why is Wagner letting you talk?

I didn't ask anyone's permission. I just think it's important to talk about it because the problem of private military companies is extremely important for Russia.

Have you received any threats following your revelations?

At the moment I don't feel in danger because I'm far from Russia. But knives are most probably being sharpened against me back there.

How closely is Wagner linked to the Kremlin and the Russian army?

Russian law doesn't just prohibit mercenary groups, individuals can't even possess automatic weapons. But such companies exist so it means they are protected by the state.

Who created the Wagner company? Was it the powerful Evgenii Prigozhin – once called "Putin's chef" and whom you know personally?

I don't want to get into names, I don't see the point. But here's the simple outline: there's a man with an entrepreneurial spirit, close to the tsar, and he has a commercial project abroad. He lays the project out before the tsar and asks for money and means. The tsar agrees and gives him what he needs, but asks him to promote his country's political interests abroad.

Do you think the Wagner army's role in Syria was appropriate?

You mustn't forget that in Syria we fought the Islamic State organisation – the plague of the 21st century. But I understand that by going to fight a ferocious beast, we allowed another ferocious beast – Bashar al-Assad – to remain in power.

He's a less violent and less dangerous wild beast, but he's still a wild beast that's caused a lot of suffering to his people, whereas  his army was weak and ineffective.

You explain in your book that you and your comrades were the ones on the front line, far more so than the Russian army.

The war in Syria was won by mercenaries – all the most important military interventions were carried out by us, not by the regular army. The capture of Palmyra, of Akherbat, that was us!

What happened in Akherbat is very telling. We did all the work, and then we were ordered to leave the city. That's when the Russian army entered the town with the journalists. The soldiers, followed by cameras, liberated a city that had already been liberated!

When you went to Ukraine in 2015, it wasn't to fight the Islamic State group. What was your mission and why did you accept it?

I was a victim of Russian propaganda, I shared its ideas. We were told that the Nazis who took power in Kiev were threatening Donbas, that we had to save "the Russian world". I believed it was necessary.

Who do you think gives orders to Wagner's army? Russian generals, officers?

Without a doubt, and it's normal. They're in collaboration with the Russian army's centre of command. Otherwise it wouldn't have been possible on the ground – troops never make decisions on their own.

You left Wagner in 2019. Have you been invited to fight in the war in Ukraine?

They will never let me back into Wagner, I'm persona non grata for them. But I was contacted by another private military company in September. As soon as I realised that it involved fighting against Ukraine, I told them I couldn't. It goes against my convictions, I told them frankly.

But you went to Ukraine in 2015. That didn't that bother you?

Yes, but my mission in Lugansk [in Donbas] had a big impact on me. The two months I spent in Ukraine made me realise that we were being lied to a lot in Russia, that the propaganda did not correspond to reality.

I even wanted to leave Wagner after 2015. But I was invited to go to Syria, a faraway Arab country that I didn't know. Fighting against Ukrainians, my compatriots, wasn't the same thing as fighting people I didn't know. So I continued. It was also about earning money.

What is your status here in France as a Wagner veteran, given the organisation is blacklisted by the European Union?

At the moment I don't have a residence permit, I'm just a tourist. But if I feel it's dangerous for me in Russia I might stay here. I'm not ashamed of anything, I haven't committed any act for which I will be criminally responsible.

Hottest Photo Reports
Catch up with all the political quotes from our politicians.
Advertise here
More from Russia
ModernGhana Links
US warns of jihadists and Russian forces as Africa war games end
French tyre group Michelin to halt business in Russia
'Russia cannot and must not win this war,' Macron tells G7 leaders
TOP STORIES