The Bro. Felix Obuah I Know 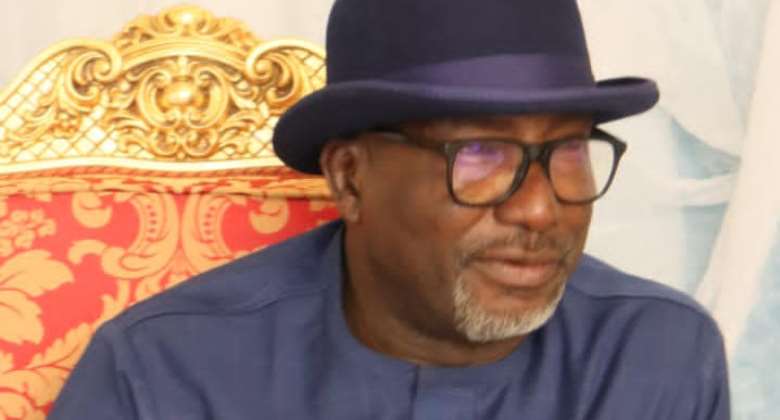 To describe my boss, Bro. Felix Amechi Obuah, in a single piece, could be herculean. You will need to juggle the brain because he is a man of many parts, and you do not know where to begin! But like a popular axiom says, a day begins a story.

A lot has been said, written and, perhaps, recorded about this enigmatic personage that has become a household name across Rivers State, Nigeria and even to other parts of the world. There is unarguably no part of the country that his name does not ring a bell.

I first set my eyes on Bro. Felix Obuah in 2004, during an assignment at Ogba/Egbema/Ndoni Local Government Area (ONELGA) Council in Omoku, the local government headquarters. That was the same year that my newspaper, National Network hit the newsstand.

Bro. Obuah was the Executive Chairman of ONELGA at the time, and when he eventually addressed us (journalists) at the event, his personality revealed a man with an admirable mien - a friendly, modest, unassuming and quintessential gentleman.

As time passed, I saw a man richly endowed with the spirit of making others happy by giving and not getting tired. That was how he warmed his way into the hearts of ONELGANS and 'Go Round' became a household name, personifying philanthropism. How do I further describe him? A completely detribalized Nigerian and a social crusader, who means different things to different people.

Bro. Obuah launched his philanthropic organization, Go Round Foundation, with the basic aim of assisting the needy of every age bracket, tribe and creed.

Adorned with the title of 'Mba Anabara Agu of Orashi Region', Bro. Felix Obuah is a man widely respected across the spectrum in not just Rivers State but Nigeria in general.

The flair and panache with which he combines and joggles all his demanding responsibilities is a testimony to his nimble faculties and alert mind. But, Bro. Obuah is however, a man who never rests on his oars.

I found him, a man who appears not taking life too serious, jokes about everything, yet very principled, humane and sometimes, unpredictable.

His passion for the welfare of the youths, the plight of the down trodden as well as the wellbeing of the people around his environs is second to none.

These traits explained why providence struck a chord between us in 2015 when Governor Nyesom Ezenwo Wike-led Peoples Democratic Party (PDP) took over the reins of power in the state from the All Progressives Congress (APC).

Bro. Obuah who was already Chairman of the PDP in the state before the 2015 general elections, also got appointed as Sole Administrator, Rivers State Waste Management Agency (RIWAMA) in June, 2015. He offered me the job as his Special Adviser on Media and Publicity. I functioned in that capacity to him in both PDP and RIWAMA.

My job was made easier and pleasurable as he related with me and his other aides, not as a boss but friend.

Success, they say, is an attitude and Bro. Felix Obuah is a man hard-wired with a winning streak and a success formula. For everything he touches, it turns into gold. No wonder, as both State PDP Chairman and RIWAMA Sole Administrator, he recorded amazing successes.

Working closely with him, I met a man entrenched in a culture of probity, discipline, transparency and accountability. And, it was on these rare virtues that he would build a highly successful career in business and politics.

Because of his works, contributions and commitment to the development of the state and country, he etched his name in gold. Indeed, Bro. Felix Amechi Obuah is a great man of national relevance whose contributions to community development, philanthropy, unionism and grassroot politics has been impactful. And, the quantum and depth of his contribution to nation building is, indeed, a study in timeless.

On several fora, Mba Anabara Agu of Orashi Kingdom has always declared: “I live for humanity. I made a vow to God that as long as I live, I shall continue to use the little resources He blesses me with to the benefit of mankind. Whatever I have, I share with people. That’s the philosophy behind the name, Go Round”.

A devout Christian, Bro. Felix Obuah is undoubtedly a pillar in the Church of God (7th) Day which started in Ogbaland in 1930. He has contributed and still contributes to the development of the church, such that no record of the growth of the church can be complete without the mention of his name.

He continues to channel greater percentage of his intellectual, material and fiscal resources to the development of the church because he believes that the work of God must not suffer any setback. He single-handedly built the church at Ikiri Road, Omoku; the church at Iyasira Street, Omoku as well as the state-of-the-art edifice at Eagle Island, Port Harcourt amongst others.

In his quest to serve the Almighty God, Bro. Obuah serves God with ultimate zeal, dedication and passion. Bro. Obuah was the Choir Master in ‘Faithful Youth Challengers’ (FYC) arm of the church located at 72 Iyasara Street, Omoku. His brilliant performance and dedication in FYC endeared him to the congregation of the church. Thus, he was elevated to the Ogba District Choir Master. This comprised Omoku, Egi, Igburu and Usomini groups of the church. As a choir master, he won laurels for the local church in Omoku as well as the district church via local and district competitions among churches.

Presently, Bro. Obuah is the largest single individual employer of labour in Rivers State. In addition, thousands of Rivers and non-Rivers youths are on his scholarship. As Chairman and Founder of Go Round Football Club, Go Round Foundation, etc, he has provided employment and empowerment opportunities for thousands of youths, orphans and the handicapped.

In recognition of his numerous contributions to humanity, Bro. Obuah has been greatly appreciated and is the recipient of several honours and awards from numerous local and international institutions, associations and establishments. They include Award for the Facilitation of Academic Growth and Socio-economic Advancement in ONELGA (2001); Award of Excellence for Support in Sports and Academics by Iwuanyanwu Ambulance Brigade (2001) and Award for Distinguished Leadership and Humanitarian Service by the Institute of Good Governance and Accountability (2003).

Others are Ambassador of Peace by the United Nations POLAC; Award of Excellence in Sports Development and Philanthropism by the Sports Writers Association of Nigeria (SWAN); Ambassador for Societal Development and Transformation by the National Goodwill Ambassadors, etc.

Mba Anabara Agu who is also a Distinguished Fellow of the foremost Federal College of Education (Technical), Omoku amongst others, was on Saturday, September 25, 2021 conferred with the prestigious chieftaincy title of Ikemba Idemili by the good people of ancient Idemili land.

It is therefore no wonder that as Nigerians earnestly await the 2023 general elections to take the nation to the next positive level, the heartbeats of Rivers people are palpitating and their souls longing for good successor to Governor Nyesom Ezenwo Wike who undoubtedly would be leaving a big shoe that would only require someone with the fitting feet to wear it.

Bro. Felix Amechi Obuah, who is running on the platform of the Peoples Democratic Party (PDP) for the governorship of Rivers State, continues to soar in popularity, with several surveys carried out putting him in the lead.

Let’s support this humane and resourceful gentleman. He would do Rivers State proud. He is the Man Rivers State needs.

Jerry Needam is a Journalist based in Port Harcourt.

Latest Photo Reports
Catch up with all the political quotes from our politicians.
Advertise here
More from Opinion
ModernGhana Links
Will Free SHS and other Policy of Government be Cancelled Now That We Are Going to The IMF?
Are the current happenings in Ghana a suggestion that the NDC has won the 2024 elections in advance and NPP should forget about it?
Dishonesty: A new core subject in many Ghanaian schools
TOP STORIES