Bumper harvest has now become a curse to farmers — GAWU 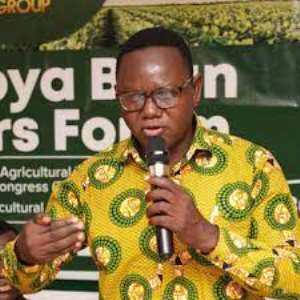 Bumper harvest has now become a curse instead of a blessing to farmers due to lack of storage the General Agricultural Workers Union (GAWU), Ghana Trade Union Congress (TUC) has stated.

Mr. Edward T. Kareweh, GAWU General Secretary said “If you are a farmer and you get a dumper harvest you are doomed because you can’t store the food, it will get rotten and once it gets rotten, you waste your resources. Bumper harvest has now become a curse instead of a blessing to farmers.”

He said lack of storage facilities impeding agriculture production and growth as most farmers after bumper harvest are not able to store for future sales.

Mr. Kareweh stated during engagement with media monitored by the Communication for Development and Advocacy Consult (CDA Consult) in Tema that 60 percent of yam produced on the farm does not get to the final consumers because of the unavailability of storage facilities and poor road networks.

“When you move to the farm gates, food is very cheap because the road to the farm is deplorable and some are not accessible at all so much of the food gets rotten at the farm gate,” he said.

He added that people involved in the agriculture value chain were usually hugely challenged as to the resources and other facilities was usually wasted.

“Even if it rots at the farm gate it is better than to bring it to the city because you’ll incur cost on it,” Mr Kareweh added.

He called for the construction of food storage facilities in the country which he described as vital to improving food security.

Mr. Kareweh indicated in an interview with the Ghana News Agency in Tema stressing the need for storage facilities to be constructed at the farm gates and warehouses in the cities for farm produce to curtail the rate at which foodstuffs were perishing.

Latest Photo Reports
Catch up with all the political quotes from our politicians.
Advertise here
More from Headlines
ModernGhana Links
Mahama charges Akufo-Addo to give listening ear to economic experts
Unofficial Prime Minister Gabby was right; E-Levy has been spectacular failure – Mahama
Remove the dead woods in your gov’t turning their ministries into their kingdom — Mahama to Akufo-Addo
TOP STORIES