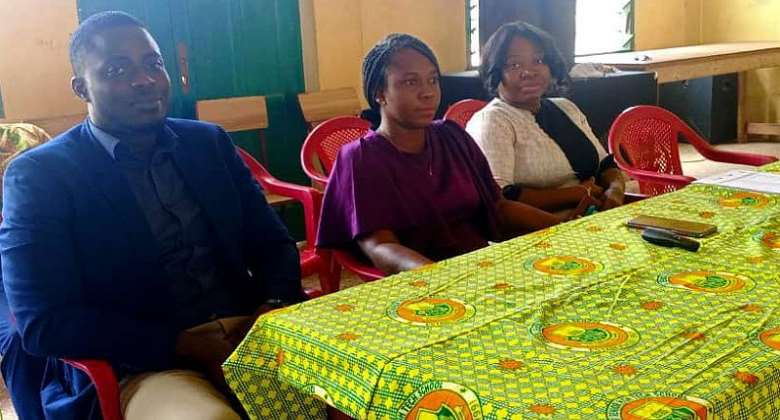 Mrs Faustina Lartey, Head of the Public Affairs Unit of the Economic and Organized Crime Office (EOCO) has warned students and parents of examination result scam, explaining that a criminal would pose as an official of the West African Examination Council (WAEC).

She said the fake WAEC official will call the students who did not perform well in the final examination or their parents proposing to swap the bad results with a better one for the student.

The EOCO Head of Public Affairs said the fake WAEC imposter would end up either giving fake documents to the students who might be expelled from the university when detected, or they extort monies from them and abscond.

Mrs. Lartey stated during sensitization organized by EOCO in collaboration with the Ghana Education Service (GES) in view of the recent development has organized a series of sensitization engagements with students of 24 Senior High Schools in the Volta Region monitored by the Communication for Development and Advocacy Consult (CDA Consult).

The engagements formed part of EOCO’s 2022 education programmes on Prohibited Cyber activities and related matters, which were rolled out in two phases - engaging over 35,000 students from the schools to create awareness of the negative and positive effects of the internet.

She also urged parents and students to be cautious of scholarship schemes that request payment for processing or verification of their documents as that was a form of a scholarship scam, stressing that is another means through which fraudsters use to defraud unsuspecting victims.

“The criminals create a fake scholarship website or a scholarship scheme that is not genuine and once students or individuals with very good grades show interest they start to ask them for money.

“Sometimes to that point that they will say you need to pay monies to them for the verification of your certificate, the truth is no genuine scholarship scheme will ask you to pay money before doing those things,” she said.

On hacking, Mrs Lartey explained that it involved criminals entering into people’s phones, electronic devices, or databases without their permission to steal very sensitive information which they use to blackmail them.

She said advance fees fraud popularly known as 419 was a crime in which criminals demand advance payment for some supposed goods they claimed they are selling and the victim has an interest in buying, after receiving the said amount, they block every form of communication with the victim.

Mrs. Lartey said due to greediness, some people fall prey to mobile money fraudsters as they believe the stories they tell them and ended up parting with monies.

“The stories included having a gift for them from their relatives which they would have to pay for transactions among others, and also having won a raffle,” she said.

She said others also called parents informing them of their children getting involved in an accident or being rushed to the hospital, she said parents must verify with schools before sending monies to such persons.

She said EOCO hoped that with the sensitization programmes, the students would be abreast with the laws and educate others on them, adding that this would not only prevent them from falling victims but also put them in check in case they have intentions to engage in such activities.

She emphasized the fact that ignorance of the law was no excuse, therefore the need to eschew such activities as there were laws that govern such behaviors.

Mrs Lartey also encouraged the students and the public to report perpetrators of cyber-crimes to EOCO and other law enforcement agencies, as that would make Ghana a safe haven for its citizens, as well as an investor-friendly place for business people who would want to invest in the Ghanaian economy.