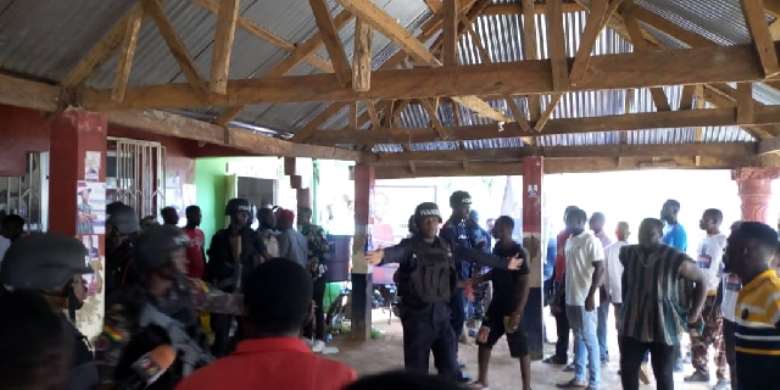 The vetting process of the New Patriotic Party aspirants in the Savannah Region has resulted in a clash between the supporters of incumbent regional Chairman, Alhaji Sulemana a.k.a Prof. Kalamonia, and his main contender Mr. Azumah Abass.

Reports say the confusion halted the vetting process until the police were called in to come and ensure law and order.

However, the process continued and balloting was done with the incumbent picking one and his main contender picking two.

Mr. Omarie Wadie, the National Second Vice-Chairman of the party who was present at the scene announced that voting will come on next week Friday, May 27, 2022.