Will France get closer to the Quad to counter Chinese threat in the Pacific? 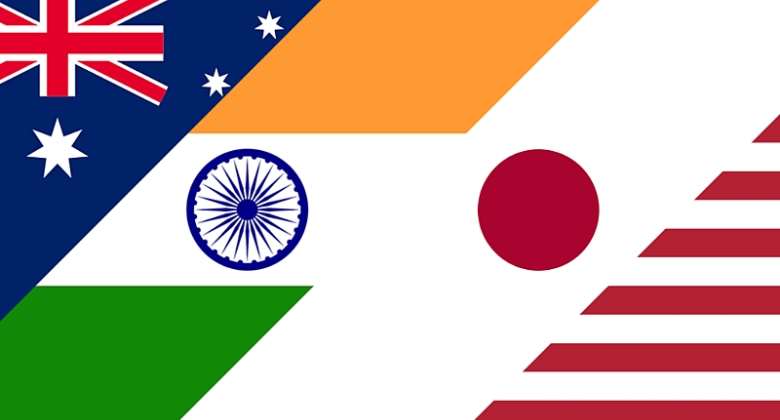 China is holding military exercises in the disputed South China Sea coinciding with US President Joe Biden's visits to South Korea and Japan.

Biden will attend a meeiting of "Quad" allies (US, Australia, Japan and India) who, along with France, are concerned at China's inreasing assertiveness in the region.

Biden's mission to Asia from 20 to 24 May will focus on South Korea and Japan, the economy, the Covid-19 pandemic and security concerns, notably North Korea's nuclear program and China.

In response to Biden's visit , China's Maritime Safety Administration office in the southern island province of Hainan said in a statement that naval drills began Thursday and will continue through Monday - roughly the duration of Biden's stay in the hood.

It said other aircraft and vessels will be prohibited from entering the area but gave no further details.

China claims ownership of the South China Sea in its entirety making this crucial waterway a potential flashpoint for conflict in Asia.

The US does not take a position on the sovereignty issue, but insists on the right to operate freely in the sea. It frequently sails warships close to militarized Chinese-held islands in the area in what are termed freedom of navigation operations.

But Brunei, Malaysia, the Philippines and Taiwan also exercise overlapping claims in the South China Sea.

The Philippine coast guard said Friday it had established outposts on three islands in the contested waters, a move that will likely be frowned upon by Beijing.

The Quad was initiated in 2007, then lay dormant for a decade. However, it was injected with new life after Xi Jinping came to power in 2012 and took a more aggressive stance in the region.

Quad exercises fitted into the US Freedom of Navigation Program (FON), launched in 1979 "to safeguard lawful commerce and the global mobility of US forces."

The 2020 FON report to Congress by the US Department of Defense lists 19 countries making territorial claims outside the 200 nautical miles (370 km) of the "exclusive economic zone" (EEZ) established by the UN Convention on the Law of the Sea.

According to the report, China is guilty of most violations. It counts seven instances, including 'restricting foreign aircraft,' over corresponding Air Defence Identification Zones; 'criminalisation of surveying and mapping activities' by foreign ships without prior approval, forbidding 'innocent passage of foreign military ships' without prior permission from Beijing.

China feels surrounded
While in Japan, Biden will meet with fellow Quad leaders on 24 May.

But  Japanese foreign ministry spokesperson Wang Wenbin played down the meeting during a daily press briefing.

"We note that the White House National Security Advisor Jake Sullivan said recently that President Biden's visit to Asia is not aiming at confrontation with China," he said. stressing the hope that "the U.S. will... work with regional countries to discuss a plan for solidarity and cooperation in the Asia-Pacific region, rather than plotting plans for division and confrontation."

Inspite of Beijing's concerns, the Quad is not alone. When China signed a security agreement with the Solomon Islands last month, a tiny state in the Pacific Ocean, the US and Australia were furious and worried that Beijing intends to expand its naval operations.

The agreement also meant that China's sphere of influence now extends to French territory as the Solomon Islands share a common sea border with French Caledonia.