'They say I admitted my guilt; before who? I bought the 'fake party cards' from regional NDC office – Suspended Amasaman Chairman 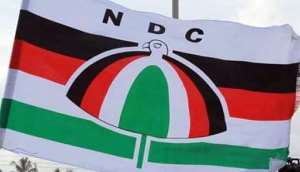 The Amasaman Constituency Chairman of the National Democratic Congress (NDC), Mr Winfred Kofi Zoiku, has questioned the basis for his recent suspension from the opposition party.

Mr Zoiku was suspended by the NDC on Thursday, 19 May 2022, for issuing some fake party cards to some members of the party, as part of the party’s preparations for the election of branch executives ahead of the 2024 polls.

According to him, the party’s decision to suspend him without hearing his side of the story flouts the rules of natural justice.

He denied claims in his suspension letter signed by the General Secretary, Johnson Asiedu-Nketia that he had admitted to his guilt.

“As we speak, nobody from the Greater Accra Regional party office or the party’s headquarters has called me to question me on the said issuance of the fake party card,” he said.

“They say I admitted my guilt; before who and before which committee and who invited me to the said meeting?” he queried.

Speaking in an interview on Accra100.5FM’s morning show, Ghana Yensom hosted by Kwame Obeng Sarkodie on Friday, 20 May 2022, he contested that he bought the party cards, which the party hierarchy claims to be fake, from the Greater Accra Regional office directly from the Regional Secretary, Mr Christian Tetteh Chai.

He added that if the cards were fake, then the party must look within and not blame him for the party’s inequities.

“I only assisted a gentleman who works at the party's head office and lives in my constituency to acquire one of the party cards to process his biometric card, so, what wrong have I done for my reputation to be ruined by the party leadership?”

He said he started as a student leader at the University of Development Studies (UDS) and became a party communicator before rising to become a Constituency Chairman.

Akufo-Addo going to IMF is not victory, it's a day of sadnes...
45 minutes ago