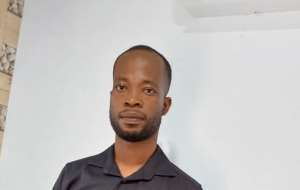 There has been controversy over the Forest Reserve since the announcement by government to cede about 361 acres of land to the original owners, the Owoo family.

Deputy Youth Organiser of the main opposition National Democratic Congress (NDC) for Akwapim North, Ahmed Agbenyadzi in an interview with Accra based Dadi FM accused the Akufo-Addo led government of collaborating with party members to take steal parts of the said lands.

He stressed that Ghana cannot afford to lose the only forest which has a tourist site in the capital and urged government to do its best to own the forest, even if it has to pay compensation to the Owoo family.

"I see the whole development as a planned scheme by the Akufo-Addo government to share part of the land among themselves. I think Ghanaians must all stand and speak against the said reclassification issue," Ahmed Agbenyadzi stated.

He was quick to add that there will be series of demonstrations in the coming days should government fail to rescind its decision to lease the land.

The NDC Communicator insisted that government has failed the people of Ghana same as it has failed to protect and preserve the Atewa Forest Reserve earmarked for bauxite mining.