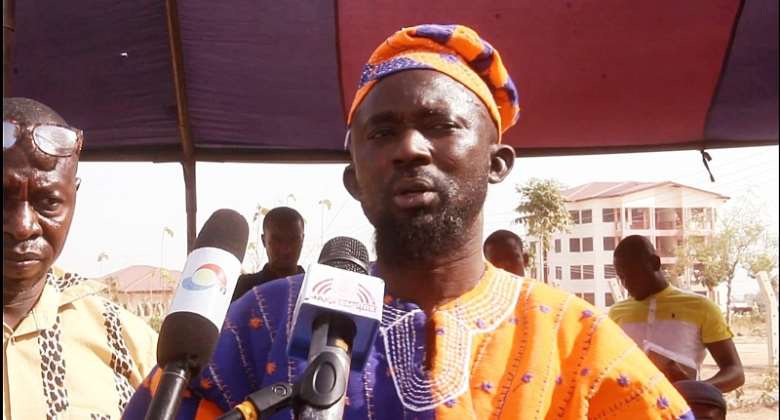 The District Chief Executive for Binduri District, Hon Ayinga Yakubu Abagre has disclosed that his district is being served by only four police officers since its establishment in 2012.

According to the DCE, the district assembly has constructed a befitting police station at Avoudago, a suburb of Binduri to provide security in the district.

He lamented that policing will not be effective with only four police personnel serving over 30,000 people in the district.

The DCE however, called on the Interior Minister to post more personnel to the district to assist with the rising insecurity in the area.

Mr Yakubu wants government to provide pickup vehicles to the Binduri district to enhance police visibility in the area.

The DCE was worried about the silence over the shortage of fertilizer supplies to the areas.

According to him, it's almost rainy season and no statement from the Ministry of Agric to address the fertiliser challenges.

He called on the government and other organisations to come to the aid of the farmers in anyway possible.

The Upper East Regional Minister, Hon. Stephen Yakubu on his part directed staff of the Ministry of Food and Agriculture (MoFA) in the Region to initiate pragmatic measures to fight fertilizer smuggling to neighbouring countries.

He also urged residents, especially those living at the entry points to be vigilant and patriotic enough to report unpatriotic acts of fertilizer smuggling to security agencies to arrest the perpetrators.

At the Binduri District Assembly, the Minister tasked the Feeder Roads Department to expertise action on some major bridges and axillary roads in the District to enable residents move easily as the rainy season nears.

He advised local assembly workers to stop dressing shabbily to work which does not speak anything good about them.

He also urged District Directors of Health, Education and Agriculture to liaise with their respective Members of Parliament to address some of the challenges they faced in their line of duty to improve on the living conditions of the people.

Hon. Yakubu and his entourage inspected the Agenda lll project under construction in the Binduri District.