Local Content Creation & Advertising The Sisaala Prospects: Why Champion Wan TV is An Asset To The Sisaala People. 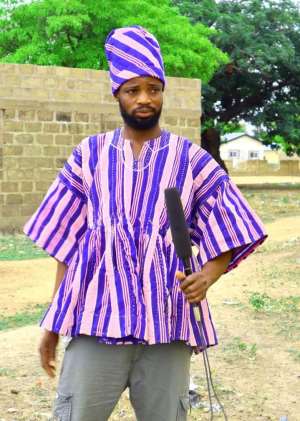 One fine gentleman who has distinguished himself at the local level and has made it a personal mission to promote the prospects of Sisaala land & it's language especially the East, West and it's nearest environs is the self-styled CEO of Champion Wan TV on Facebook & YouTube.

He has taken a keen interest in the development of the Sisaala enclave and has dedicated his time and resources to making sure that Sisaala's far & near have the liberty of knowing what goes on in our beloved Sisaala enclave. It is a significant way of promoting the Sisaali language to a larger audience on a daily basis.

Quite recently he has added a video live session that I think is a game changer. Regardless of the fact that it's a private initiative, the support from the Sisaala people is not only significant to his success but it is pivotal to ensuring that we document happenings in our societies for future references in the Sisaali language. We spend big money bringing in media houses to cover our projects in English yet fail to spend small money to cover same projects in Sisaala for the people it's meant for.

I wonder why local corperate institutions like the Banks: ADB, COMMERCIAL, RURAL banks do not employ his services to promote their corperate interest and sell positively their images especially in Sisaali for the majority of the local folks who do not speak English. Private businesses and politicians who have projects can also employ his services to broadcast live/edited professional videos of projects they want to undertake.

He has quite a large following which is commendable and has been consistent as well. We can testify from his recent project on the e-levy which has over 100,000.00 views (100k). This is a commendable milestone worth celebrating. We gloat about the youth not creating opportunities for themselves yet we have one under our nose we refuse to support. Let's engage him to cover our weddings, naming ceremonies, projects, etc let's help create a brand that will tell the Sisaala stories through our lenses.

When we fail it's not because we lack ideas or talents. It is majorly because we ignore and refuse to patronise or support our talents & politicise everything especially those of us with power today.

Successful businesses are not created out of the blue. Let's cultivate the habit of supporting our own. Let's also try not to view everything with a political eye.