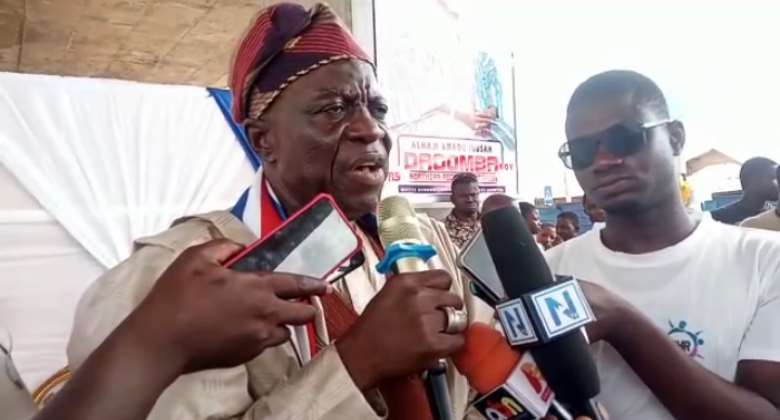 A New Patriotic Party (NPP) Chairman Aspirant in the Northern Region, Alhaji Inusah Amadu Dagomba 'boy' has launched a manifesto ahead of the party's regional executive elections on 27th May, 2022.

On behalf of the aspirant, Mr. Awal Kanawu informed party members at the campaign launch some of the promises captured in the manifesto, noting that a well befitted regional party office will be constructed when Chairman Inusah Amadu Dagomba is elected.

He said annual sporting activities and conferences aimed at uniting party folks will be of priority to him when he wins.

According to him, there's total breakdown and disconnection between the party leadership in the region and the grassroot, adding that the aspirant shall change the narrative.

He said Chairman Inusah will grant the party premium to unity and reconciliation regarding the confrontation and heated argument among core members of the party.

Mr. Awal assured that the aspirant shall be accessible to all persons in the region, unlike the crop of executives operating in Accra.

He revealed that the aspirant will establish a team to help audit all projects in the region and ensure that abandoned ones are completed for the benefit of all.

On his part, Alhaji Inusah Amadu Dagomba 'boy' added his voice to 'break the 8' agenda, stating that the party will truly retain power after 2024 elections.

He appealed for unity, understanding and tolerance among members of the region.

Alhaji Agba, a loyalist of 'Team Dagomba' appealed to delegates in the region to give Alhaji Inusah Amadu Dagomba a chance.

The campaign launch brought together eminent Cheifs in the region, former and current executives, the clergy and youth groups at the campaign office of the aspirant