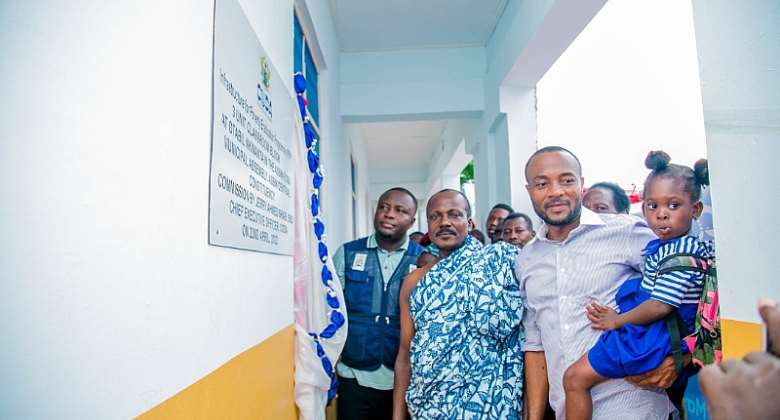 Government, through the Coastal Development Authority (CODA), has commissioned educational projects in some constituencies in the Central Region, as part of efforts to make education more dignifying and comfortable for school-going children in the country.

This forms part of the government’s $1 million per constituency projects geared towards infrastructural development in the country.

Speaking at the commissioning ceremony, during a three-day working visit to the region, Chief Executive Officer of CODA, Jerry Ahmed Shaib, said the new facilities are being funded under the Infrastructure for Poverty Eradication Programme (IPEP) of the Special Development Initiatives (SDI), aimed at supporting the government’s priority initiatives for sustainable socio-economic development.

Mr Ahmed Shaib explained that education is the only way by which the world can foster a sense of cohesion and solidarity amongst displaced persons, especially those of school going age, and help create an enabling environment, which will spur them on to lead more purposeful and dignified lives.

He admonished parents to concentrate on the education of their children and not neglect early childhood development.

“I entreat you to take another look at early childhood development. Education of children would enable them to realise their dreams of becoming prominent personalities like doctors, lawyers, judges, parliamentarians, ministers and even presidents in the not so distant future. And they’ll be able to contribute their quota significantly to the growth of families, communities and the country at large,” he indicated.

He reaffirmed President Akufo-Addo’s commitment to widening access to education for all school-going children in the country.

Mr Ahmed Shaib said most developed countries, such as Malaysia, Singapore, and South Korea, have come this far, in terms of development, due to their committed efforts in investing in the education sector.

He, however, disclosed that there are several educational projects on going in other parts of the country, adding they will soon be commissioned to ensure equitable access to education nationwide.

The Authority also inspected some borehole projects in parts of the region.

The CEO urged residents to take responsibility for maintaining facilities in their communities in order to derive maximum benefit and elongate their lifespan.

“As community members, you need to protect the project that provides a service to the citizenry. You must take good care of the project. You must jealously guard such a facility that has been provided at great cost to serve the larger community,” he advised.

Member of Parliament for Agona West, Cynthia Mamle Morrison, on her part, thanked CODA for the projects.

She also expressed appreciation to the chiefs of the area for their support and commitment to development. She further appealed to the teachers and authorities of the schools to manage the facilities well to encourage CODA and government to do more.