Rescind it, declassifying part of Achimota Forest Reserve is dangerous for Accra and for other forests in Ghana 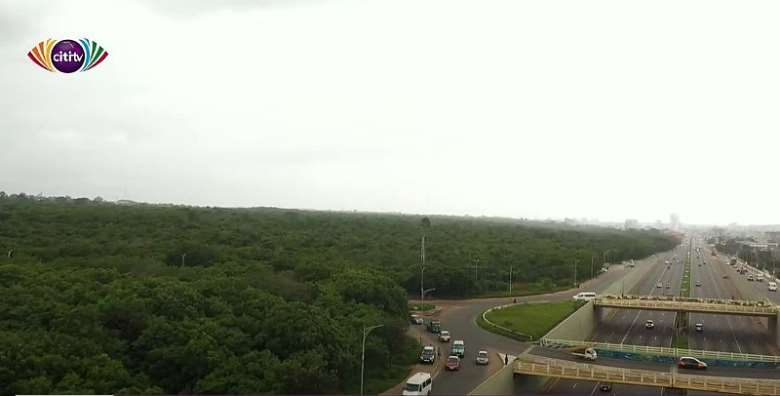 The attention of Eco-Conscious Citizens has been drawn to Executive Instrument (EI) 144 issued by the Presidency de-gazetting and declassifying 146.30 hectares at Achimota Forest Reserve, the only remaining green belt in the capital city of Accra. Out of the 495 hectares in 1930 when the whole area formed part of the Forest Reserve, we will now have only about half of this.

Considering that Ghana has already lost over 80% of its forest cover this is worrying. The EI is paving the way for further depletion of Ghana's forest cover, ironically at a time when COP15 is meeting in Abidjan discussing strategies to combat desertification.

In our view, the decision is not in the best interest of the wellbeing of people living in Accra and its environs. Achimota Forest in its entirety, even if degraded, acts as the air condition and lungs of Accra, cleaning the air by removing pollutants.

It is a green belt helping to ameliorate extreme warming incidences, due to climate change and at the same time serving as an important catchment that helps to address flooding risks, excessive heat and noise within the area where it is located.

The EI sets us back in our drive to secure more green spaces in a city that is already fast becoming a concrete jungle.

The declassification is not a step in the right direction. In New Zealand, for example, there are stringent laws for persons with lands on the periphery of protected forest reserves. These include keeping the existing vegetation intact. Even if robust laws were passed in Ghana, the question is, would they be enforced?

When our leaders jet off for conferences in metropoles of the West or so-called developed countries, do they realise that they preserve their green spaces? For example, London has more than six forests or woodlands within and around it. This is in addition to several parks and green spaces across the city. Paris has the famous Fontainebleau Forest.

We should not equate development with concrete and glass. The health of the citizens matters. Trees, especially forests, contribute considerable health benefits. The Japanese practice of shinrin yoku or 'forest Bathing', is a de-stressing, deep breathing exercise in the forest, which is known for its physiological and psychological health benefits.

Accra needs its forest for its citizens to avail itself of the gifts nature has given us for today's and future generations. We can not be assured of these benefits if we go down the slippery road of passing EIs that take away the protection of our forest reserves.

We acknowledge that, due to the Government’s own challenges, the forest has not benefited from effective management and protection, resulting in encroachment from all sides.

The response from the government should have been to explore forest enhancing and restoration pathways, instead of choosing extractive, destructive and redevelopment pathways that will seriously compromise the ecological functions of this invaluable green belt in the city, contrary to what the Minister for Lands and Natural Resources is claiming.

This precedent is dangerous and needs to be rescinded in the interest of us all.

We urge the Government to take steps to reclaim and restore the degraded areas to full forest function, and take the necessary steps to rescind the Executive Instrument. There should be a follow-up with a Master Plan to restore the entirety of Achimota Forest Reserve, as it was originally constituted.

This is the time to show true commitment to speeches of concern for the depleted natural environment and commitment to greening Ghana, as well as restoring the dwindling natural heritage of Ghana.

We have an obligation to be intergenerationally responsible with our actions today. Securing Achimota Forest Reserve will be fulfilling our obligation for achieving the Sustainable Development Goals and our own national development outcomes of greening our cities.

It is time to walk the talk. Rescind EI 144 for the benefit of present and future generations.