A/R: There is a strategy to break the 8; keep me as chairman – Wontumi to delegates 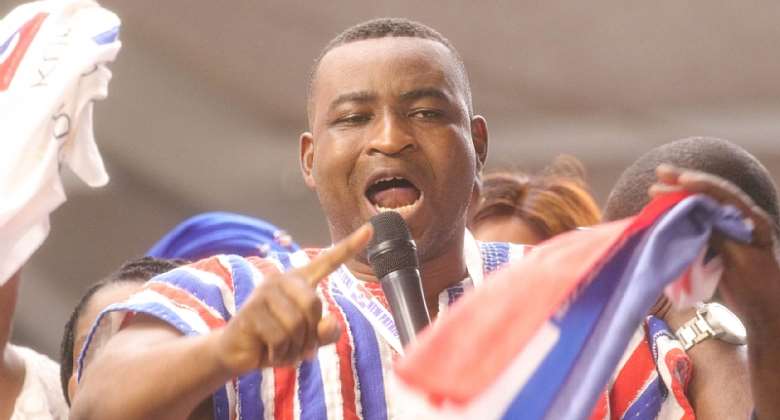 Chairman of the New Patriotic Party (NPP) in the Ashanti Region, Bernard Antwi Boasiako, popularly known as Chairman Wontumi has urged delegates to vote for him, insisting that there is a strategy for the party to break the eight.

As President Nana Addo Dankwa Akufo-Addo nears the completion of his second term in government, multiple reports have predicted that power will change hands for the opposition National Democratic Congress (NDC) to return.

Unperturbed by the reports, the ruling NPP is working to ensure it breaks the eight-year cycle witnessed in the fourth republic.

Already, processes have commenced to elect leaders that will lead the charge in the 2024 general elections.

In the Ashanti Region, Chairman Wontumi is hoping to retain his position as the regional chairman of the party.

While some followers are eager to see him booted out, the popular politician and businessman has appealed to delegates to keep faith in him.

“Since 1992 to 2016 the elections have been different or every 8 years, elections change so the 2016 it was about 2.2million people who voted in Ashanti region

“We have increased the votes in Ashanti region since I became the chairman by God’s grace. We have another strategy to break the 8,” Chairman Wontumi told journalists after his vetting on Thursday, May 19, 2022.

Meanwhile, pollster Ben Ephson has disclosed that he does not believe Chairman Wontumi will be given another mandate to continue as the Ashanti Regional Chairman of the NPP.

According to him, he sees the business mogul losing in the upcoming NPP polls.

“I think Wontumi will lose. After the first term, things were not going well within the party. We are doing some work there because I am writing a book, my 7th book on elections, part of it is towards the NPP’s flagbearership.

“The party being thrown out of rented premise was the last straw, they felt very embarrassed. The NDC in the Ashanti region has been teasing them that Wontumi says he has so many thousands of cedis and you have not been able to even build. I will be very surprised if Wontumi wins,” Ben Ephson said as quoted by 3news.

Latest Photo Reports
Catch up with all the political quotes from our politicians.
Advertise here
More from Politics
ModernGhana Links
As an MP I've performed better than entire Akufo-Addo government in healthcare delivery in Tamale North — Suhuyini
Arise Ghana demo: We’re gathering footage to sue police – Joshua Akamba
Weeping may endure under Akufo-Addo but joy will come after the next election – Sam George
TOP STORIES