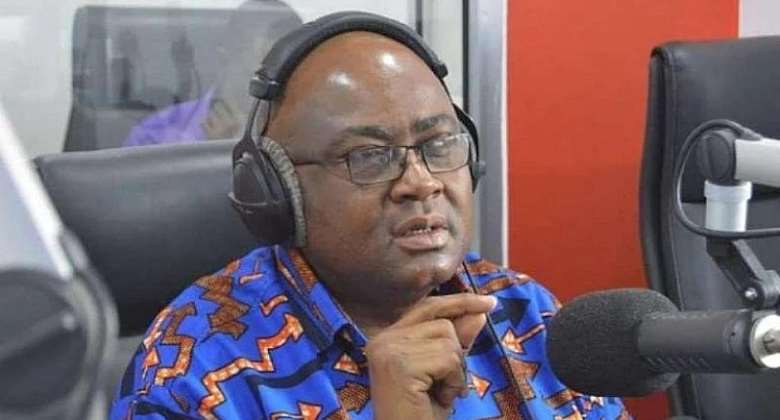 Renowned Ghanaian pollster, Ben Ephson has disclosed that he sees the Chairman of the New Patriotic Party (NPP) in the Ashanti Region, Bernard Antwi Boasiako losing the upcoming party elections.

Nicknamed Chairman Wontumi, the Ashanti Regional chairman of the ruling party has a lot of following but in the past year has reportedly lost face in the eyes of a number of delegates.

Amid the uncertainty surrounding his ability to hold onto his position in the region, Ben Ephson says he doubts whether Chairman Wontumi will succeed at the end of the NPP elections.

“I think Wontumi will lose,” the pollster who is also the Managing Editor of the Dispatch said as quoted by 3news.

Ben Ephson explained, “After the first term, things were not going well within the party. We are doing some work there because I am writing a book, my 7th book on elections, part of it is towards the NPP’s flagbearership.

“The party being thrown out of rented premise was the last straw, they felt very embarrassed. The NDC in the Ashanti region has been teasing them that Wontumi says he has so many thousands of cedis and you have not been able to even build. I will be very surprised if Wontumi wins.”

Despite all the doubts, Chairman Wontumi remains confident and has told party followers that with him as chairman, the necessary work will be done to ensure the ruling NPP government breaks the eight.

Latest Photo Reports
Catch up with all the political quotes from our politicians.
Advertise here
More from Headlines
ModernGhana Links
Ghana would have gone to IMF even without the Covid pandemic, Russia-Ukraine war – Ato Forson
Gov’t decision to run to IMF outrageous, offensive – CFF-Ghana
Gov’t turning from E-Levy to IMF a display of try and error, policy uncertainty – Prof. Lord Mensah
TOP STORIES