By Jan van der Made with RFI
France 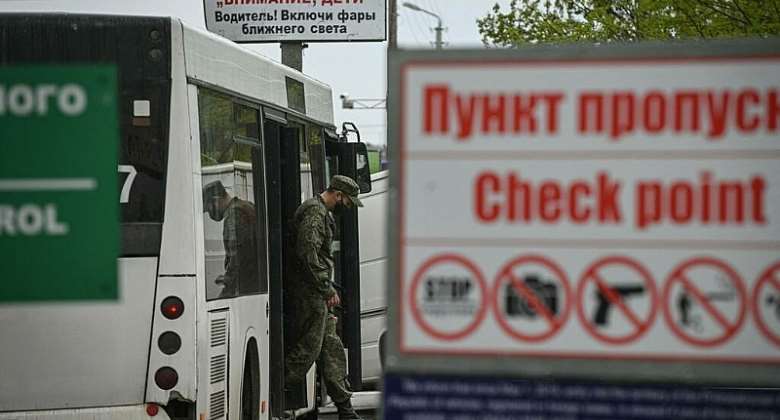 French President Emmanuel Macron said he wanted the European Union (EU) to give a "quick opinion" to Moldova's request for membership of the EU, as he hosted a meeting with Moldova's President Maia Sandu in Paris on Thursday.

Macron added that there is still a risk that the conflict between Ukraine and Russia could spread to neighbouring countries.

There are growing concerns that Moldova could be drawn into the conflict in Ukraine, after pro-Russian separatists in Moldova's Transnistria region blamed Kyiv for what they said were shootings, explosions and cross-border drone incursions.

Last week, Moldova's Foreign Minister Nicu Popescu told Reuters there were internal elements in Moldova's pro-Russian separatist region trying to destabilise the area and stoke tensions, as his country presses ahead with efforts to join the European Union.

The incidents come after a string of attacks were reported in the separatist region with fears mounting of a spillover from the conflict in neighbouring Ukraine.

"At around 4:15 in the morning, a car stopped near an oil depot of one enterprise, from which an unidentified man got out, threw a Molotov cocktail towards the building and fled," the interior ministry of the self-proclaimed republic said in a statement on Friday.

It added  that some grass caught fire but it was "quickly" extinguished.

Around 30 minutes later, two Molotov cocktails were thrown at a conscription office in central Tiraspol.

"One bounced off onto the sidewalk, the other got stuck in window grates. The fire was promptly extinguished by security," the ministry said.

Russian soldiers
The self-proclaimed republic of Transnistria bordering Ukraine seceded from Moldova in 1992 after a brief war with Chisinau. Around 1,500 Russian soldiers have been based there ever since.

Fears of a spillover from the Ukraine conflict grew after a Russian general said the Kremlin's military campaign - launched on February 24 - aimed to create a land corridor through southern Ukraine to Transnistria.

Kyiv has accused Russia of wanting to destabilise the region to create a pretext for a military intervention.