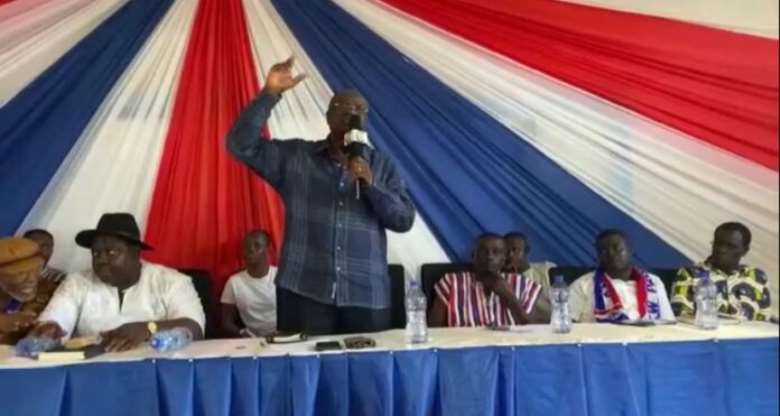 The Member of Parliament for Asante Mampong on the ticket of the New Patriotic Party (NPP), Kwaku Ampratwum-Sarpong has admitted that he has no doubt the party would lose miserably if elections were held today.

Since securing victory in the 2020 general elections, the ruling NPP has made it a goal to stay in power after the two terms of President Nana Addo Dankwa Akufo-Addo.

Speaking at a party gathering in his Constituency, Kwaku Ampratwum-Sarpong who is also Deputy Minister for Foreign Affairs has said breaking the eight is in doubt.

According to him, the reality on the ground is that the NPP does not stand any chance of winning an election if one was held today.

Hon. Kwaku Ampratwum-Sarpong explained, “I am on the ground, I know what is going on and hear what my constituents are saying and I know what they are saying out there in Accra, the middle class, lower class you name it. Today I’m talking about today’s matter. Today we have an uphill task, a big task.”

A number of reports have already predicted a win for the National Democratic Congress (NDC) in the 2024 general elections.

However, there are fears if the NDC goes into the next general elections with former President John Dramani Mahama, the chances of the party will be slim.

Akufo-Addo going to IMF is not victory, it's a day of sadnes...
29 minutes ago