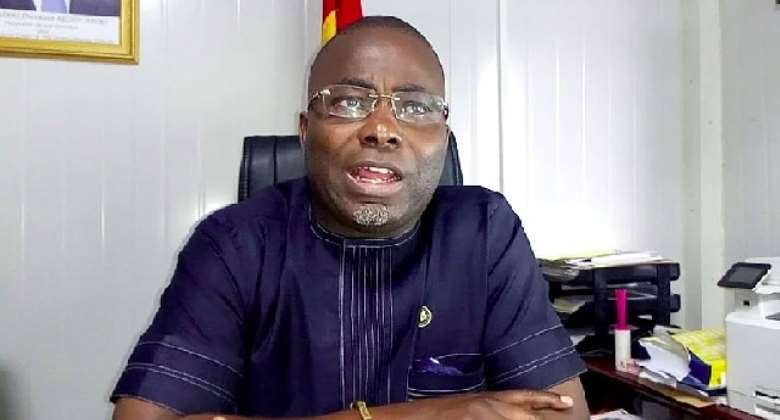 The former Secretary to the Inter-Ministerial Committee on Illegal Mining (IMCIM), Mr Charles Bissue, has said the Anas Aremeyaw Anas exposé in which he was captured on video taking what was portrayed as a bribe, was a frame-up by a former staff he fired.

According to him, the envelope of cash he was captured on tape receiving, which was branded as a bribe in the exposé, was from one Andy, who he described as a personal assistant to Mr Bernard Antwi-Boasiako (Chairman Wontumi), the Ashanti regional chairman of the governing New Patriotic Party (NPP), who, in an earlier conversation, had pledged to donate toward a programme organised by the Western Regional Organiser of the party, Mr Abdul Ganiyu Mohammed.

Speaking to Nana Otu Darko on CTV’s morning show Dwabre Mu on Tuesday, 17 May 2022, Mr Bissue said Wontumi’s PA came over to his office with another gentleman who was introduced to him as a party person, but, who, apparently, was the one who did all the secret recording.

Mr Bissue told Nana Otu Darko: “Mr Regional Organiser, Abdul Ganiyu Mohammed, was doing a programme in which he bought fridges and other things and shared them among his constituency organisers”.

“I donated GHS30,000 to that programme. The parliamentary caucus of the Western Region donated GHS20,000 and Wontumi pledged an amount, too”, he told Nana Otu Darko.

He continued: “In January 2019, Andy, Wondumi’s PA, called me that his boss had asked him to give me something; then it clicked in my mind that it could be the money Wontumi pledged toward Abdul Ganiyu Mohammed’s programme”.

“So, I drove to the office and met Andy with another gentleman, who also claimed to be a party person … So, Andy gave me the envelope and said: ‘Chairman says I should give this to you’”.

“All along, the other gentleman was secretly recording everything. I put the envelope down the moment I received it because I knew what it was about, so, I didn’t even thank him because my intention was to call Wontumi and thank him. You see [that] in the conversion, I put the phone on speaker. Which bribe-taker would do that?”

According to Mr Bissue, who is aspiring to the General Secretary position of the NPP, his former staff was behind the whole frame-up.