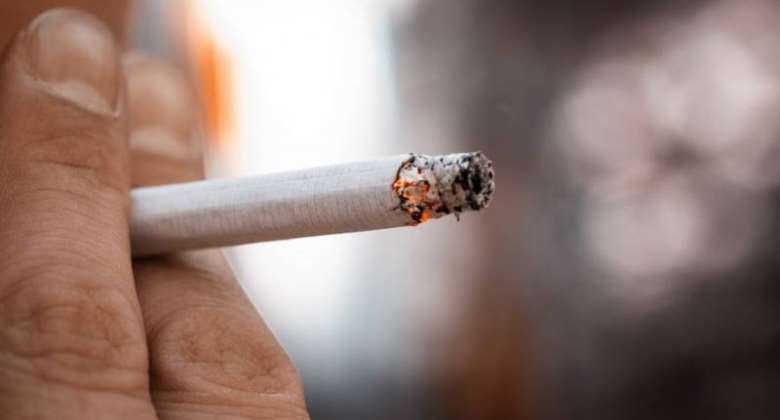 Ho, May 18 - Global smokers exceed 1.1 billion and 200 million more who use other tobacco products, the substance use remains a global epidemic.

Global progress is threatened by growing smoking rates among children age 13 to 15 years in many countries and by tobacco industry tactics such as targeting poorer countries with weak regulatory environments and pushing novel products in previously untapped markets.

The Seventh Edition of the Tobacco Atlas, released Wednesday by Vital Strategies and the Tobacconomics team at the University Illinois at Chicago (UIC), finds that, although more people overall are being protected by effective regulatory interventions including tobacco taxes, smoke-free public areas, access restrictions and education, these efforts these efforts must be much more robust to contend with an industry whose gross profits have climbed to at least US $60 billion in 2020.

According to its data, the current prevalence of adult tobacco use in Ghana is only 2% and not much has changed over the last 30 years. In contrast, Togo and Benin have made huge strides to get down to Ghana’s level with Cote d’Ivoire seeing an uptick in male smoking.

One trend from data in the Tobacco Atlas is “current smokers,” which is anyone who reported smoking in the last 30 days. In many countries, particularly in Africa, these numbers are higher than daily smoking, often for socioeconomic reasons in that smokers cannot afford to be daily smokers.

Dr Jeffrey Drope, Research Professor of Public Health at the University of Illinois at Chicago said “Now in its 20th year, the Tobacco Atlas is a warning call to all those who care about global health and economic development.”

“It demonstrates unequivocally that tobacco control works: For the first time on record, global smoking rates dropped, to 19.6% in 2019 from 22.6% in 2007. But uneven and anemic implementation of tobacco control measures means that richer countries are unlocking the economic and health benefits of strong tobacco control, while the industry is still preying on emerging economies in ways that will lock in harms for a generation or more.

Big Tobacco is a dinosaur industry whose only way to grow is by hooking kids on one of the most addictive and harmful products ever invented. An urgent and sustained effort is needed to aggressively regulate this harmful industry and its products to accelerate the end of cigarettes as a mass consumer product, save hundreds of millions of lives, and spur economic growth.”

The atlas identifies devastating health and economic costs of global tobacco use: In 2019 alone, tobacco use caused more than 8.67 million deaths worldwide (6.53 million men, 2.14 million women) and approximately US $2 trillion in economic damage. Most deaths were attributable to smoking, but 1.3 million died from secondhand smoke exposure. In 2019, nearly half of all tobacco-related deaths occurred in countries with high Human Development Index scores . However, deaths from tobacco-related diseases are expected to increase in future years in lower-HDI countries as today’s smokers sicken and die.

Youth tobacco use (girls and/or boys) has increased in 63 of 135 countries surveyed, and now more than 50 million 13- to 15-year-olds smoke cigarettes or use smokeless tobacco products. Currently, countries with the highest prevalence of tobacco use among youth generally have a lower human development index score. In several of these countries, including Haiti and Mauritania, tobacco use among adolescent girls is now more common than among adult women, indicating that the historically lower tobacco use among females worldwide may not continue in the near future.

“In the wake of COVID-19, countries are reprioritising public health and investing in strategies to support health and economic growth,” said Nandita Murukutla, Vice President of Research at Vital Strategies.

“For countries that want to recover, tobacco control should be high on their agenda. In particular, tobacco taxes are a triple win for health. driving down smoking rates, deterring initiation among youth, and generating revenue that can pay for other health interventions. Graphic pack warnings and plain packaging are proven high-impact, low-cost interventions. Plus, media campaigns can reshape social norms and drive millions to quit at extremely low cost; almost every country in the world is under-invested in media.”

“Tobacco use is a major risk factor for the world’s leading killers including cancer, heart disease, lung disease and diabetes. The faster countries can regulate tobacco and prevent youth from starting, the more lives that can be saved.”

First published in 2002, The Tobacco Atlas uses bold graphics and data visualization to describe the scale of the tobacco epidemic and bring the latest peer-reviewed data to life.

The report tracks where progress has been made in tobacco control and details the latest products and tactics being deployed by the tobacco industry to grow its profits and delay or derail tobacco control efforts.

The Seventh Edition includes new chapters on COVID-19, counter-marketing and race, ethnicity and equity, the last co-authored with the African American Leadership Council on Tobacco Control.

Latest Photo Reports
Catch up with all the political quotes from our politicians.
Advertise here
More from International
ModernGhana Links
"To continue to serve our Commonwealth family is a true honour and a privilege" — Secretary-General Scotland
Eight medical staff to be tried for Maradona’s death
Ukraine war could last for years – Nato chief
TOP STORIES

Are black people capable of managing their own affairs? – Pr...
53 minutes ago