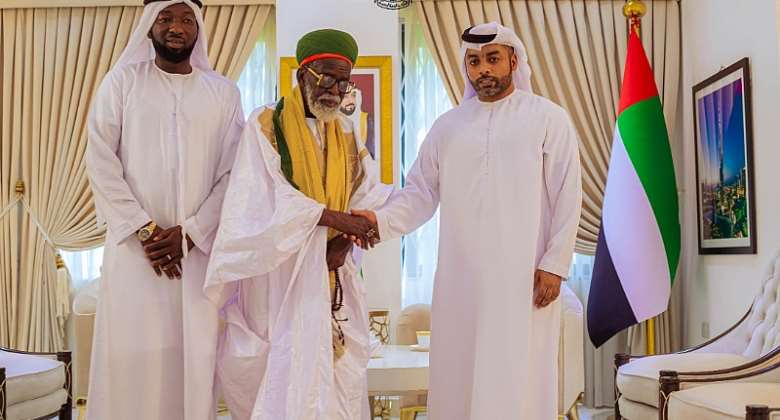 The National Chief Imam of Ghana, His Eminence Sheikh Osman Nuhu Sharubutu together with the Group Chairman of the Afro Arab Group, Ambassador Alhaji Salamu Amadu, have signed the book of condolences at the residence of the United Arab Emirates ( UAE) Ambassador to Ghana to commiserate with the people of the United Arab Emirates on the death of their President, His Highness Sheikh Khalifa Bin Zayed Al Nahyan.

Ambassador Alhaji Salamu Amadu, on his Facebook page stated, "A leader who has a clear idea of how the future should look has fallen, May Allah be pleased with your soul and grant you Jannah. You are a visionary, we have learnt a lot from you."

His unfortunate demise happened on 13th May 2022.