Bataclan survivors continue their litany of fear, grief and incomprehension 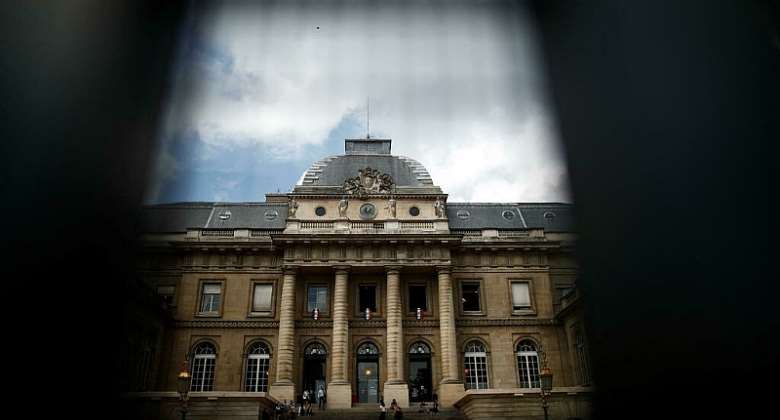 Another day of evidence from those who escaped the Bataclan massacre. The Paris attacks trial heard the continuing litany of shock, suffering and guilt. With merciful moments of courage, generosity and hope.

It is not easy to stand in a room full of people and talk about the final seconds of your life.

"I started to say goodbye to my kids in my head. I wondered what it was going to be like after death."

Others refused the idea of dying, at a rock concert, in Paris. "It was ridiculous, inconceivable!"

There are those who say they remember everything, with blinding clarity. Others speak of a complete blank, as if some protective psychological mechanism was filtering what they were witnessing.

Practically everyone who survived the Bataclan speaks of the same bizarre compression of time. Few are capable of saying how long they waited for help to arrive.

"When you only have a few minutes to live, it can seem very long."

"Am I a survivor or an escapee or a victim?" he wondered. "I think the term 'victim' is the one which suits me best."

He asked the court to remember other victims, of sexual violence, for example, who do not always get the benevolent treatment accorded to the survivors of terrorist attacks.

"Let us offer the same compassion, the same generosity to all victims."

No one escaped unharmed
Some who were in the Bataclan emerged without a scratch. The words "miracle" and "miraculous" feature regularly. But no one escaped untouched.

Some collapsed almost immediately. Others showed no symptoms of distress for months, even years later.

"It's hard to accept, but the person I was going into that concert and the person who came out are not the same.

"Since the attack it's harder to laugh, to cry, to love, to be happy."

Another witness wondered if it was right to make jokes, to laugh, in the wake of the attacks. She was 16 years old on 13 November 2015.

A special message for the accused
There are those who are grateful for the chance to speak. Others say they don't expect much, or anything at all, from this trial. Court president Jean-Louis Périès generally thanks the grateful ones, silently acknowledges the skepticism of the others. The court is not on trial.

Some witnesses turn to face the accused. Others ignore them completely.

Many voice their incomprehension; most say they are without anger towards any individual.

On Wednesday, one man had a special message for those watching him from inside the glass box which encloses the prisoners: "Our idea of freedom is more important than our individual lives," he told the accused. "I'm not going to hate you. I leave that to yourselves."