By Jan van der Made with RFI
Turkey 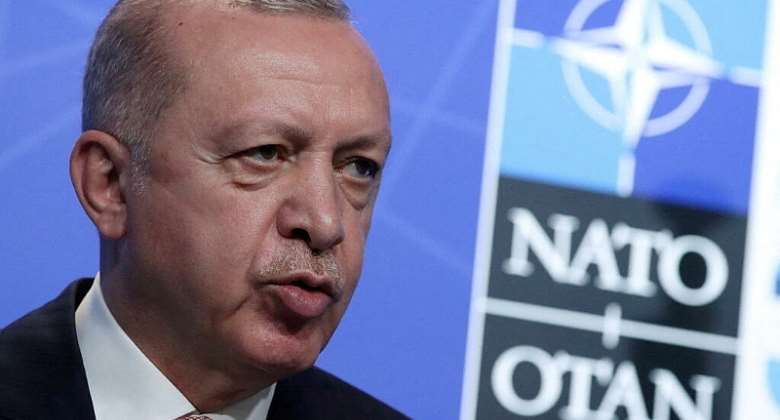 Turkish President Recep Tayyip Erdogan, who has threatened to block Finland and Sweden from joining NATO, urged the alliance's members on Wednesday to "respect" Ankara's concerns about the two countries, which Turkey accuses of harbouring terrorists.

Erdogan was due to meet with US Secretary of State Anthony Blinken today.

Before the meeting, Erdogan accused Stockholm of providing safe haven to members of the outlawed Kurdistan Workers' Party (PKK) designated as a terror group by Ankara and its Western allies.

For the United States and its NATO partners, there is a lot at stake: the opportunity to respond to Russia's invasion of Ukraine by strengthening and expanding the alliance.

Finland and Sweden on Wednesday submitted a joint application to join NATO as Russia's invasion of Ukraine forces a dramatic reappraisal of security in Europe.

"We asked them to extradite 30 terrorists but they refused to do so," Erdogan claimed.

"You will not send back the terrorists to us and then ask our support for your NATO membership ... We cannot say 'yes' to make this security organisation being lacking in security."

Sweden has also imposed embargoes on arms sales to Turkey since 2019 over Ankara's invasion of Syria.

"We are sensitive about protecting our borders against attacks from terror organisations," Erdogan added, calling on NATO allies to support Turkey's "legitimate" Syria operations,  or at least not to stand in Turkey's way.

The Turkish leader also said he was not convinced by Swedish or Finnish delegations' request to visit Ankara for consultations.

Eastward expansion
In an opinion piece in the hardline Daily Sabah newspaper, Director of Foreign Policy Studies at SETA Foundation, Muhittin Ataman, wrote that the issue of Sweden and Finland refusing to extradite PKK members is not the only issue.

As well as sheltering members of the Kurdish PKK group, designated by Ankara as 'terrorists,' Sweden and Finland also house several members of the Gülen movement, led by religious leader Muhammed Fethullah Gülen, a Turkish Islamic scholar and preacher whom Erdogan accuses of attempting to stage the 2016 military coup.

Meanwhile, the 1980 entry  of Ankara's arch enemy Greece into NATO in 1980 was always difficult for Turkey.

"If NATO's policies begin to create a negative atmosphere for Turkey, Ankara will feel obliged to take necessary measures. Other NATO members should understand Turkey's concern and position," says Ataman.