ECOWAS, USAID Reward II move to strengthen peace and stability in the region 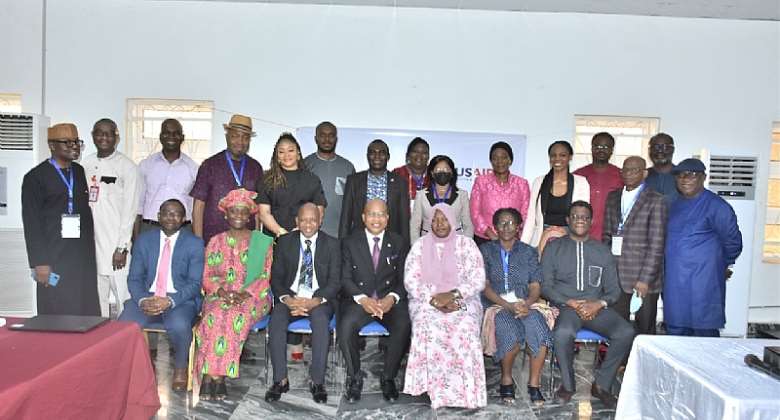 The ECOWAS Commission in partnership with the United States Agency for International Development’s Reacting to Early Warning and Response Data in West Africa program II (USAID-REWARD II), began a Collaborative Planning Exercise (CPX) in Nasarawa state, Nigeria on the 17th of May 2022.

The workshop is exploring ways of bridging the gap between Early Warning/Early Response (EW/ER) toward a more peaceful and stable West Africa, while specifically conducting analyses and developing actionable and effective response plans to promote peaceful elections in Nigeria in 2023.

Welcoming the participants, the ECOWAS Commission’s Director, Political Affairs Dr. Aderemi Ajibewa stated that the CPX creates an opportunity for participants to use the JARP in situational and actor analysis for collaborative response planning that will promote peaceful and democratic election in Nigeria in 2023.

He emphasized that the complementary work of regional, national, and community-based organizations will build viable relationships with stakeholders operating in the EW/ER space to promote synergies, enhance collaboration and coordination, and reduce duplicative or parallel efforts. He further noted that the success of the forthcoming Nigerian General election in 2023 will have a positive effect on democratic consolidation in the region. “When Nigeria gets it right, our region is better served,” he added.

In his opening statement, the Chief of Party of USAID REWARD II, Mr. Alimou Diallo opined that the CPX was convened to further reinforce the institutionalization of the Joint Analysis and Response Process (JARP) across the ECOWAS region, and to better link local, national, and regional Early Warning /Early Response (EW/ER) efforts to strengthen human security in the ECOWAS community. He further added that the USAID REWARD II program supports ECOWAS and its member states in strengthening early warning and response systems while also promoting democracy and peaceful elections across West Africa.

The workshop featured presentations from diverse participants on structural vulnerabilities and risks in Nigeria and identified hotspots and emerging trends with regard to the 2023 elections. The participants also reviewed human security risks and trends, conducted actor analysis, scenario building laced with resilient factors in their group works, and proffered concrete recommendations aimed at promoting peaceful, transparent, and credible elections in Nigeria.

Facilitated by the ECOWAS Conflict Prevention Framework of the Directorate of Political Affairs of ECOWAS, the activity brought together ECOWAS officials, diverse peace-building experts at local and national levels, such Civil Society Organizations (CSOs), community-based organizations (CBO) and non-governmental organizations (NGO), the Inter-party Advisory Council of Nigeria, religious leaders, the United Nations Office for West and the Sahel (UNOWAS, and USAID REWARD II personnel, among others.