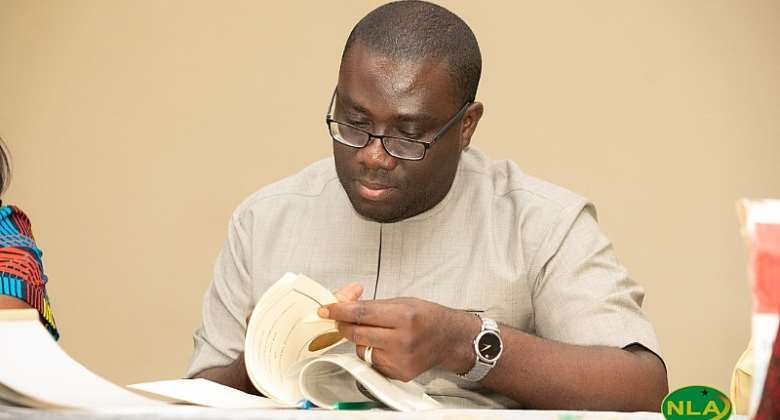 Twelve Private Lotto Operators (PLOs) have signed an operating contract to do legitimate business under the umbrella of the National Lottery Authority (NLA).

Mr. Sammi Awuku, NLA Director-General stated at a short ceremony to hand over the license to the 12 PLOs, explained that the Authority will issue them with ID Cards and Point of Sale Terminals to facilitate their work.

The ceremony was attended by officials of the 12 PLOs and the NLA Board of Directors which was monitored by the Communication for Development and Advocacy Consult (CDA Consult) in Accra.

Mr Awuku noted that the move is part of lined up programmes to streamline the operations of lotto in Ghana; “this is good news for us at NLA, at least it will help bring sanity into the lotto industry, we hope that as times goes on others will join and regularize their activities”.

Mr Awuku revealed that from next week, the Authority will enforce the provisions in Act 722 and Act 844, “if you are operating illegally, you are not supposed to operate.

“A taskforce will deploy to lockout and confiscate equipment and items, and hand you over to the police”.

Mr. Awuku said the new management has rolled-out measures to streamline the lotto industry and clamp down on activities of illegal lotto operators.

He added, "Manufacturing, distributing, selling or retailing lotto products and services without authorization from the National Lottery Authority are unlawful under Act 722 and L.I. 1948 and the law will be enforced."

The Board Chairman of the National Lottery Authority and member of the Council of State, Torgbui Francis Nyonyo congratulated the Private Lotto Operators for receiving their licenses to operate legally.

He asked them to abide by the dictates of the contract and assured them that the Board of Directors will look at ways to improve the benefits when their contract is due for renewal.