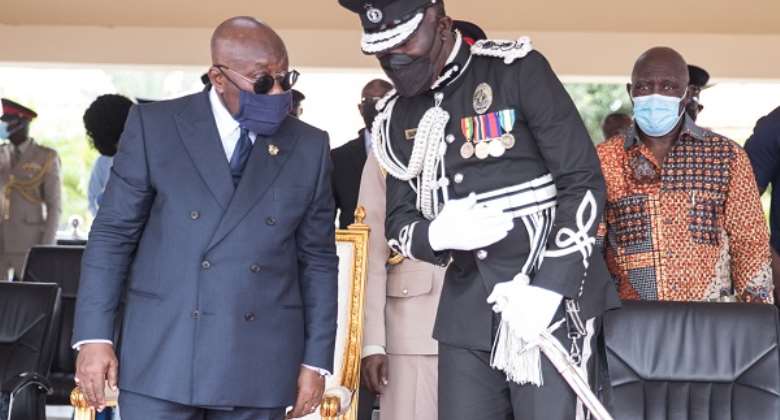 The Commonwealth Human Rights Initiative (CHRI) has noted in relation to the Nkoranza chaos that deviant Police officers are taking undue advantage of the absence of an Independent Police Complaints Commission (IPCC) to engage in brutalities and other criminal acts in the country.

To that end, the CHRI said the Executive, Parliament and the Ministry of Interior to urgently establish an IPCC for Ghana following the alleged killing of Albert Donkor in Nkoranza in the Bono East Region.

The IPCC would investigate such issues independently and not rely on the Ghana Police's own internal investigations, which are hardly made public, according to the CHRI.

“Despite the consistent advocacy for the establishment of an IPCC since 2014, resulting in the development and submission of a framework in 2019 to the Minister of Interior, no action has been taken to establish the institution.

“The continued inaction on the part of the State to put in place the IPCC emboldens rogue elements in the Ghana Police Service to engage in such unfortunate and dastardly acts. The Government of Ghana is under a duty pursuant to the 1992 Constitution and the State's international human rights commitments to give effect to human rights and justice by establishing such measures as the IPCC.

“There could be no sooner time to do this than now to prevent another needless death especially in light of recent similar incidents of reported deaths in police custody,” a statement issued by the CHRI said.

Meanwhile, a high-powered delegation from Accra has touched down in Nkoranza on Wednesday May 18 following the disturbances in that part of the country.

The delegation is led by COP Tetteh Yehuno.

The delegation has been holding a closed door meeting with the Nkoranza Police personnel at the vandalized Nkoranza District Police station.

Sources within the police says the delegation will also visit the Omanhene of the Nkoranza Traditional Area, Nana Kwame Baffoe, at his private residence.

The Bono East Regional Minister Kwasi Adu Gjan assured that a thorough investigation will be conducted into the death of 27-year-old man Albert Donkor who was reported to have died in Police custody, leading to youth agitations in the area.