Nkoranza: If not that I'm a Reverend Minister, I would've invoked deity to curse police for their fabricated story — Uncle 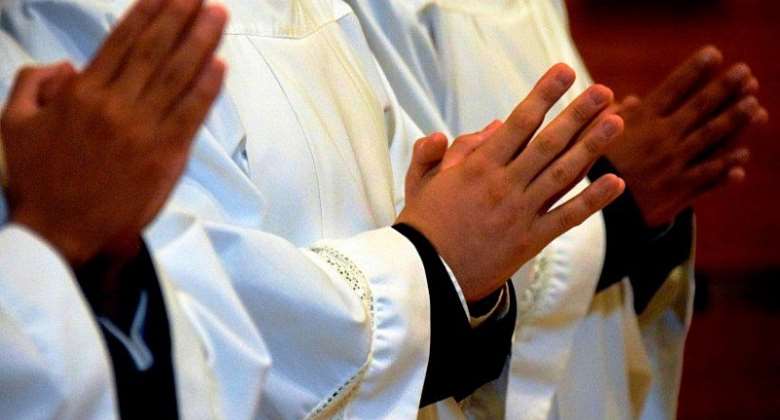 Uncle of the slain 27-year-old in Nkoranza Reverend Father Mathias Sarkodie has threatened to invoke a deity on the police for what he described as a concocted story to frame up the death of his nephew, Albert Donkor.

The Reverend Father, who sounded livid while speaking on Akoma FM‘s current affairs and political show GhanAkoma Wednesday, May 18 told the host of the show Aduanaba Kofi Asante Ennin that “if not for the fact that I am a Reverend Minister, I would have invoked a deity to curse the police for their fabricated ‘armed robbery’ report over the death of my nephew”.

His Lamentations follow recent police report that Albert Donkor, who was a satellite television dish installer, and some five gangs were involved in a series of armed robbery attacks including the recent attack that happened at Nkoranza on April 19 and 20.

The family of the deceased has since vehemently rejected the police report, claiming their relative was slain by the police for reasons best known to them.

Reverend Father Mathias Sarkodie, who is the spokesperson for the family, stated that the issue has been handed over to the family’s lawyer “but for reasons that I am a Christian, the police deserve to be cursed by a deity to face the wrath of the gods”.

Meanwhile, rampaging youth on Tuesday afternoon clashed with police, resulting in the death of another teenager named Victor Owusu.

The youth burnt car tyres on the streets of Nkoranza to drum home their displeasure over the death of Albert Donkor.