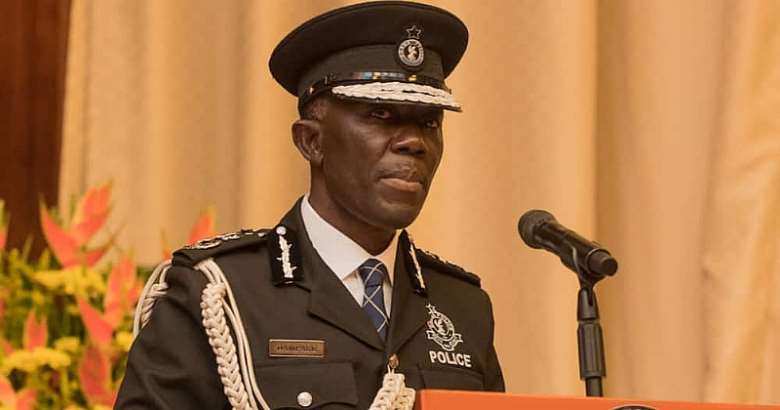 Police brutalities in Ghana will not end so long as the police personnel are not held accountable for their actions, a Criminologist at the Cambridge University, Professor Justice Tankebe has said.

Although he said the law permits the Police to use excessive force in bringing chaotic situations under control, they have to account for the excesses.

Speaking on the disturbances in Nkoranza in the Bono East Region following the death of 27-year-old Albert Donkor who was reported to have died in Police custody, in an interview with TV3’s Komla Adom on the mid day news Wednesday, May 18, he said “When we have public order situations and we send Police officers there fully armed, we should expect nothing but what we so often see, which is the killing of protestors. As long as we lack the institutional arrangement to hold officers to account, to minimize the use of excessive force, I am afraid there will be many more of such situations.”

He added “Do the Police have the legal rights sometimes to use deadly force? We will say, yes they do have that right. But what happens when they do that? I think what we have in Ghana is that anytime the Police have shot and killed civilians they suspected of being armed robbers we just accept the Police's narrative that there was an intelligence-led action that resulted in the killing of armed robbers.

“But we cannot have a democracy in which we simply accept the Police's narrative especially where we have a history of some killings proving to be actually illegal.”

On this same issue the Commonwealth Human Rights Initiative (CHRI) noted that deviant Police officers in Ghana are taking undue advantage of the absence of an Independent Police Complaints Commission (IPCC) to engage in brutalities in the country.

To that end, the CHRI said the Executive, Parliament and the Ministry of Interior to urgently establish an for Ghana following the alleged killing of Albert Donkor in Nkoranza in the Bono East Region.

The IPCC would investigate such issues independently and not rely on the Ghana Police's own internal investigations, which are hardly made public, according to the CHRI.

“Despite the consistent advocacy for the establishment of an IPCC since 2014, resulting in the development and submission of a framework in 2019 to the Minister of Interior, no action has been taken to establish the institution.

“The continued inaction on the part of the State to put in place the IPCC emboldens rogue elements in the Ghana Police Service to engage in such unfortunate and dastardly acts. The Government of Ghana is under a duty pursuant to the 1992 Constitution and the State's international human rights commitments to give effect to human rights and justice by establishing such measures as the IPCC.

“There could be no sooner time to do this than now to prevent another needless death especially in light of recent similar incidents of reported deaths in police custody,” a statement issued by the CHRI said.”