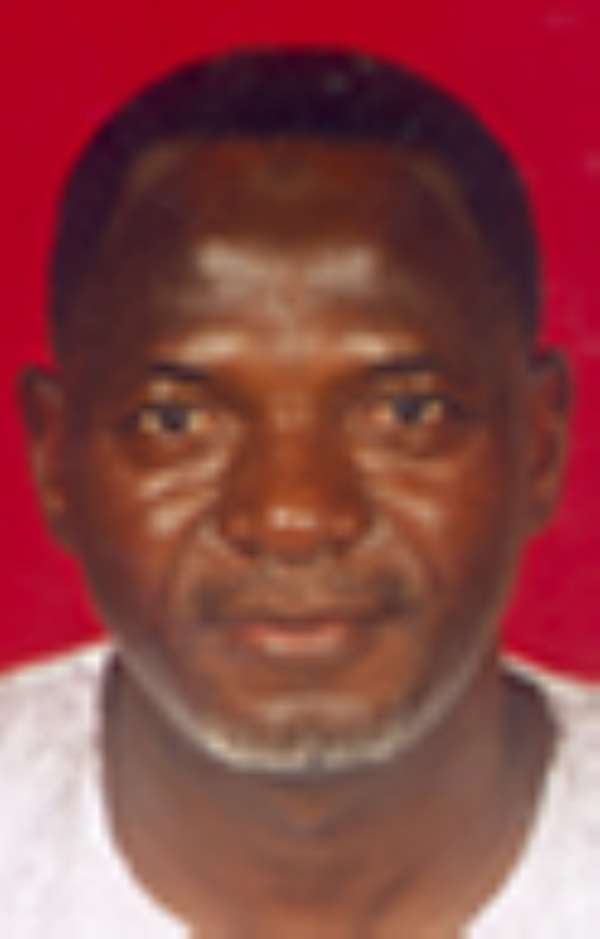 The MP for Yendi and former Interior Minister, Alhaji Malik Al-Hassan Yakub, is reported to have told newsmen in Accra that his re-election has re-established his innocence in the assassination of the Ya-Na Yakubu Andani, the king of Dagbon. “People who genuinely believed that I was innocent have been vindicated. Those, who thought my political career had ended drew a bad card, and I think that the victory has clarified a lot of issues in our minds,” the former Interior Minister is reported to have beamed to the GNA at Parliament House.

But a regular contributor to the Ghanaweb Say-It-Loud forum with the cyber name RealPatriot in reaction, ranted: “This man has no shame and no sense of dignity….Even if the so-called Alhaji - and he's a disgrace to Islam - did not actively participate in the gruesome massacre of the Ya-Na and his entire court, what, or who, stopped him from saving such precious lives? People can use all subterfuge to win an election, Mr. Yakubu. What's at stake is not your electoral victory at Yendi; it's your stupidity in broad daylight!!!!!” Stupidity might be too strong a word to describe Alhaji Malik Yakub's ill-conceived celebration. And so I will not go that far.

Alhaji Malik Yakub may choose to interpret the victory of the NPP in the Yendi Constituency anyway he like. Yes, he can choose to see his re-election as approval of his performance as the former Interior Minister and as an MP. But to read his re-election as a vindication of his innocence and role in the despicable act of barbarity that hit Dagbon in March 2002 is to mix apples with oranges.

For the record, Alhaji Malik Yakub should remember that he was the Minister of Interior when the Ya-Na and 40 others were murdered. He also had the additional responsibility for the area that the crime occurred as Member of Parliament. So posterity will forever hold him accountable for the act, not because he was personally involved in the regicide, but because it happened under his watch as Interior Minister. His legacy for Dagbon, as a son of Dagbon who rose to the significant political office of Interior Minister is that he supervised the most despicable act in Dagbon history. This is a legacy of infamy.

And because of this administrative incompetence and inaction in preventing the regicide (they had three days to stop it), future generations will always wonder how this disgraceful act could occur while the ruling government had prominent Dagombas holding the high office of Vice President, the prestigious office of Interior Minister and the sensitive and all powerful office of National Security Advisor. Dagbon does not hold them responsible for individually and personally doing the shooting that killed the Ya-Na and 40 others. But it will always hold them accountable for the act. That is the meaning of holding political office. Power comes with responsibility under constitutional democracy.

Getting re-elected does not prove that a Daniel has come to judgment, for heaven's sake! Alhaji Malik Yakub should reflect on the overall performance of the NPP in Dagbon. For the 12 constituencies that are exclusively located in the Dagomba homeland, the NPP could only get 2 seats. And even in these two places, NPP's victory was marginal. Alhaji Malik Yakub and the NPP strategists should reflect on the numbers and not mistake them for an approval. This is not what you should get when you field a prominent Dagomba as President Kuffour's running mate! The people of Dagbon spoke with the ballot and not the bullet.

Yendi is the traditional capital of Dagbon, its people however represent less than 10 percent of the kingdom. The office of Ya-Na is not only about Yendi, but represents the more than 90 percent of Dagombas residing outside Yendi. That 90 percent of Dagbon has been unequivocal in pronouncing their judgment on Alhaji Malik Yakub's performance as the country's Minister of Interior when “Rome was burning” should not be lost to any perceptive political observer. And each time Alhaji Malik Yakub wakes up in the morning as a politician, he should remember his legacy as Ghana's Interior Minister. It is a legacy of infamy that will be rehearsed each time the history of Dagbon is recounted. It is a terrible legacy that will be recited by praise-singers each time they eulogize the Dagbon Kingdom. And it is an ignoble legacy that will permanently be associated with the name of Alhaji Malik Yakub in the sands of time.

The former Interior Minister is reported to have said that the three Tamale seats went to the NDC because the voters in the city were seriously misled. It is funny how Alhaji Malik Yakub will talk of only the three Tamale seats. What about the voters at the other Dagbon constituencies of Tolon, Kumbungu, Karaga, Savelugu, Mion, Zabzugu/Tatale and Nanton. Were they also seriously misled? Probably it is only Alhaji Malik Yakub who is failing to see, hear and feel the collective thunderous voice of Dagbon. The message is loud and clear: NPP will forever be associated with the murder of Ya-Na and Alhaji Malik Yakub will forever be associated with failing Dagbon and Ghana as the Interior Minister of the most ignoble and barbaric moment in Ghana's history. By Ibrahim Adam Resident of Sabonjida, Tamale Views expressed by the author(s) do not necessarily reflect those of GhanaHomePage.