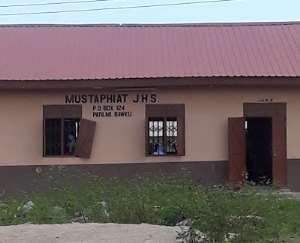 The Ghana National Association of Teachers (GNAT) says some 100 of its members have so far fled the troubled Bawku township in the Upper East Region due to the conflict.

The General Secretary of GNAT, Thomas Musah, said this development was understandable given the turmoil in the area.

He added that “the teachers have all gone to the education directorate and are asking for release to leave the place.”

The Bawku conflict has claimed several lives, with many residents being displaced.

Members of the Interior and Defence Committee of Parliament have been to Bawku to assess the security situation in that part of the country.

Members of Parliament within the Eastern part of the Upper East Region also went on a fact-finding mission to the area.

The security situation has, however, not improved in that period.

Mr. Musah said the teachers desired better security, but it seems such a request had become difficult to achieve.

“We have appealed to the security people and all the people in the areas to ensure that the place is safe for our members to teach [in peace].”

“If the rest leave, then it is going to be dire. Many children will be left behind, particularly the children in Bawku. At the end of the day, we will have all of them going into child labour and that will be dire for us,” he warned.