How Kenya's judiciary can break the cycle of electoral violence 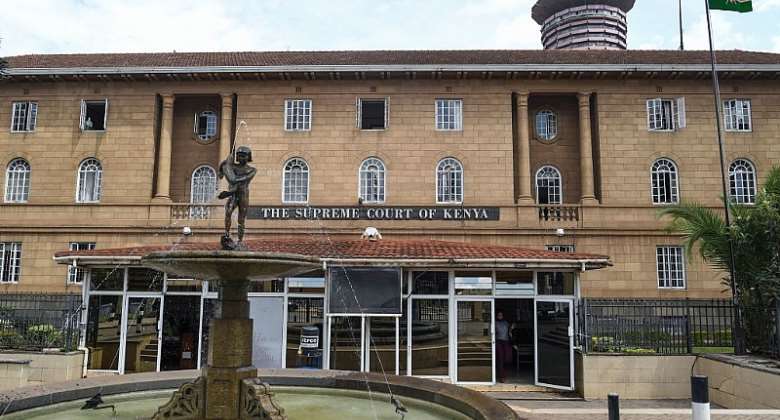 Kenya is no stranger to highly contested elections , including those pervaded by political and ethnic violence.

When there is no finality to elections, or if some parties refuse to accept the official results, the process cannot support democracy. It does not produce a legitimate government with a right to exercise power and the ability to meet the needs of all citizens.

As Kenya heads to the polls in August 2022, it's important to consider what role the judiciary will play in ensuring that the elections are free, fair and credible.

As a legal expert and economist who studies the rule of law in Africa, I argue that Kenyans need to work towards ensuring both individual and institutional judicial independence.

The former implies that individual judges can decide cases without interference. The latter means that courts are independent from the executive and legislative branches of government.

For the courts to perform their job effectively, including resolving elections-related conflicts, they must be independent. Additionally, Kenyans must have trust, confidence and faith in their judgements.

Read more: Drivers of electoral violence in Kenya: red flags to watch out for

Unlike the executive, the judiciary cannot send soldiers out to enforce its orders, nor can it deny development aid to a community to gain support for its decisions. The court's power is derived from its legitimacy.

This comes from a general belief and understanding that adhering to the court's rulings is the right thing to do. To safeguard this legitimacy, judges must function and be seen as officials of the judiciary, and not as representatives of the ethnic group to which they belong.

Kenya is a young democracy and so is its judiciary. However, the country's courts have exhibited a significant level of maturity and independence in recent years.

This was evidenced by the supreme court's unprecedented decision in the aftermath of the disputed 2017 presidential election results. A six-judge bench annulled the incumbent President Uhuru Kenyatta's win. The court ordered a new election in 60 days, which Kenyatta won.

In 2021, the high court intervened in a push fronted by the government to amend the constitution. It declared the process unconstitutional .

Reflective of a country with increasingly strong democratic institutions and an independent judiciary, Kenyatta accepted the court's ruling. The government, nevertheless, decided to move to the appeals court and the supreme court, as required by the constitution. The two courts upheld the initial ruling.

Kenya's judiciary, however, needs to continue to expand its own infrastructure and build professional capacities . This includes setting up an effective system to finance the judiciary so that it isn't held hostage to changes in the country's politics. Opportunistic politicians shouldn't be able to punish the courts for legally sound but unpopular decisions.

An efficient, equitable and accessible justice system is the foundation of a democracy based on the rule of law.

The courts and elections-related conflicts

Kenya's 2010 constitution was designed to help “reconcile a deeply divided nation”. It provided mechanisms for citizens to peacefully resolve elections-related conflicts and bring finality to them.

The constitution grants citizens the power to challenge the election of a president in the supreme court.

This court also determines the validity of the presidential election. Its capacity to do so has been successfully tested. Official results from the August 2017 elections showed Kenyatta had been re-elected president with 54.27% of the votes. This was against opposition leader Raila Odinga's 44.74%.

The top election official at the time, Wafula Chebukati, and several international observers argued that the election was free, fair and credible. The opposition cried foul and said the election had been marred by irregularities.

There were fears of a repeat of the ethnic-induced violence that accompanied the 2007 elections.

Read more: Kenya has its first female chief justice: why this matters

Kenyatta encouraged the opposition to take their concerns to the courts. It did, and on 1 September 2017, the court made its historic ruling, annulling the presidential election results .

The real lesson from the 2017 supreme court decision was not that it granted the opposition another chance to capture the presidency or deprived the incumbent of his electoral win. It was that it reaffirmed the country's move towards constitutionalism, peaceful resolution of conflict and the rule of law.

Although Kenya's judiciary has proven itself capable of serving as an effective arbiter of elections-related conflicts and bringing finality to elections, there remain many challenges to the country's democracy.

These include the politicisation of ethnicity. This is evidenced by the pressure imposed on judicial and other officials to act in favour of one ethnic group or another.

Ethnicity and Kenya's struggle for peace

Kenya is a state that was founded by bringing together distinct groups. Each had its own customs, cultures and traditions, as well as laws and institutions.

The challenge the country faces today is how to make this forced marriage work to achieve peaceful coexistence, wealth creation and inclusive development.

Citizens continue to vote largely for people from their own ethnic group . This politicisation of ethnicity has created many challenges to Kenya's efforts to deepen, entrench and institutionalise democracy.

Second, it forces political elites to seek consent from their ethnic bases instead of developing more broadly appealing programmes.

Third, it puts pressure on civil servants and elected officials to act as ethnic, rather than country, representatives.

Read more: How Kenya could move away from the politics of ethnicity

Kenya's democracy cannot function effectively if its public officials, including its judges, serve as representatives of their ethnic groups. In performing their jobs, civil servants and politicians must be accountable to the constitution and the people of Kenya.

It is only through such an approach to public service that citizens can have trust in their institutions and leaders, including the decisions that they make.

John Mukum Mbaku, J.D. (law), Ph,D. (economics), is affiliated with Weber State University (Ogden, Utah, USA), where he is Brady Presidential Distinguished Professor of Economics; The Brookings Institution (Washington, D.C.), where he is a Nonresident Senior Fellow; and the African Economic Research Consortium (Nairobi, Kenya), where he is a Resource Person.

Latest Photo Reports
Catch up with all the political quotes from our politicians.
Advertise here
More from Article
ModernGhana Links
Africa’s role in saving the world’s damaged lands and ecosystems
Tottering On The Brink Of The Abyss: The Wind Of Change Is Blowing.
When the State of Law is Democratic
TOP STORIES